The American edition of CNN, citing its sources, said that “the United States has virtually no way to trace the supply of anti-tank, anti-aircraft and other weapons that they sent across the border to Ukraine.”

The black hole that Western weapons are sinking into is largely due to the absence of the US military in the country, as well as the ease with which these small devices flow across borders, the authors of the investigation say. This is a conscious risk that the Biden administration is willing to take.

In the short term, the US believes the transfer of hundreds of millions of dollars worth of equipment is vital to Ukraine’s ability to deter Moscow’s invasion. A senior Defense Department official said on Tuesday that this was “by far the largest recent shipment to a partner country in the conflict.” But the risk, current US officials and military analysts say, is that in the long run some of these weapons could end up in the hands of other military forces and militias that the US had no intention of arming.

“We have confidence for a short time, but when it enters the fog of war, we have almost zero,” said one source briefed on US intelligence. “It falls into a large black hole, and after a short period of time, you see almost nothing.”

In deciding to send billions of dollars worth of weapons and equipment to Ukraine, the Biden administration considered the risk that some shipments could end up in unexpected places, a Defense Department spokesman said. But now, the official said, the administration sees a failure to properly arm Ukraine as a greater risk.

Since there is no US military in Ukraine (at least not officially), the US and NATO are heavily dependent on information provided by its government. In private, officials acknowledge that Ukraine has an incentive to provide only information that will support their case for more aid, more weapons and more diplomatic assistance.

For months, US and Western officials have been offering detailed reports on what the West knows about the status of Russian forces in Ukraine: how many casualties they have suffered, their remaining combat capability, their stockpiles of weapons, what types of ammunition they are using and where. But when it comes to Ukrainian forces, officials acknowledge that the West, including the US, has information gaps.

Western estimates of Ukrainian casualties are also vague, two sources familiar with US and Western intelligence say. “It’s hard to track down when there’s no one on the ground,” said one source familiar with the intelligence.

The Biden administration and NATO countries say they are supplying weapons to Ukraine based on what Ukrainian forces say they need, whether it be man-portable systems like the Javelin and Stinger missiles, or the Slovak S-300 air defense system that was sent last week (RF reports that she has already been destroyedSlovakia refutes).

Javelin and Stinger missiles, rifles and ammunition are naturally harder to track than larger systems such as the S-300, which were delivered by rail. While the Javelins have serial numbers, there are few ways to trace their transmission and usage in real time, people familiar with the matter say.

Last week, the U.S. agreed to provide Kyiv with powerful weapons that some in the Biden administration a few weeks ago deemed too much of an escalation risk, including 11 Mi-17 helicopters, 18 Howitzer 155mm cannons and another 300 Switchblade drones. But much of that support hasn’t hit the web yet, and the Switchblade are mobile, disposable drones that are also likely to be difficult to trace after the fact. 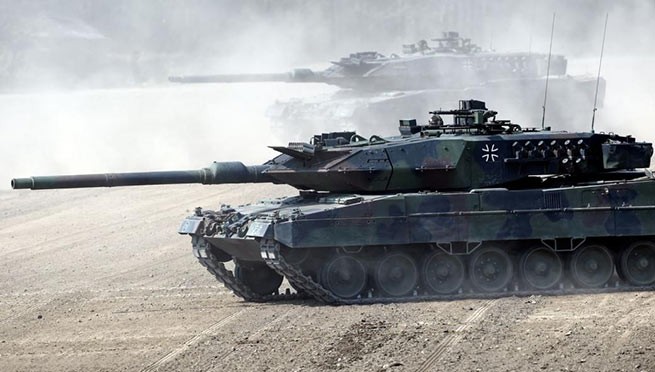 “I can’t tell you where they are in Ukraine or if the Ukrainians are currently using them,” a senior defense ministry official told reporters last week. “They don’t tell us about every round that is fired, and who and when. We may never know exactly to what extent they use switchblades.” According to Pentagon spokesman John Kirby, the Department of Defense does not allocate the weapons it ships to specific units. He said that trucks loaded with pallets of weapons provided by the Ministry of Defense are picked up by the Ukrainian military, mostly in Poland, and then transported to Ukraine, “then the Ukrainians themselves determine where they go and how.”

A congressional source pointed out that while the US is not in Ukraine, there are tools to find out what’s going on beyond what the Ukrainians say. Noting that the US makes extensive use of satellite imagery, and both the Ukrainian and Russian military appear to have used commercial communications equipment.

Another congressional source said the U.S. military considers the information it receives from Ukraine generally reliable, as the U.S. has been training and equipping the Ukrainian army for eight years now, building a strong relationship. But that doesn’t mean there aren’t blind spots, the source said, for example on issues such as the combat status of Ukraine’s S-300s.

Jordan Cohen, a defense and foreign policy analyst at the CATO institute that handles arms sales, said the biggest danger with the flow of weapons heading to Ukraine is what will happen to them when the war ends or turns into lingering deadlock. Such a risk is part of any consideration of sending arms abroad. For decades, the US has been sending weapons to Afghanistan, first to arm the mujahideen in their fight against the Soviet army, and then to arm the Afghan forces in their fight against the Taliban.

Inevitably, some weapons turned out to be on the black market, including Stinger anti-aircraft missiles, the same ones that the United States is now supplying to Ukraine. The United States famously struggled to bring back the Stingers after the Soviet war in Afghanistan. They were not all found, and when the US itself invaded Afghanistan in 2001, some officials feared they might be used by the Taliban against the United States.

Other weapons eventually armed US adversaries. Much of what the United States left behind to aid the Afghan forces became part of Taliban arsenal after the collapse of the Afghan government and military. The problem is not unique to Afghanistan. Weapons sold to Saudi Arabia and the United Arab Emirates fell into the hands of militantsassociated with al-Qaeda and Iran.

The risk of repeating a similar scenario in Ukraine also exists, the representative of the Ministry of Defense admitted. In 2020, the Inspector General of the Department of Defense released a report expressing concerns about end-use controls on weapons shipped to Ukraine. But given Ukrainian forces’ near-insatiable short-term needs for more weapons and ammunition, the long-term risk of weapons ending up on the black market or in the wrong hands is considered acceptable, the official said.

“It may become a problem in 10 years, but that doesn’t mean we shouldn’t think about it,” said Cohen, an analyst at CATO. “More than 50 million rounds of ammunition – all this ammunition will be used not only to fight the Russians. Eventually they will be misused, whether intentionally or not.” 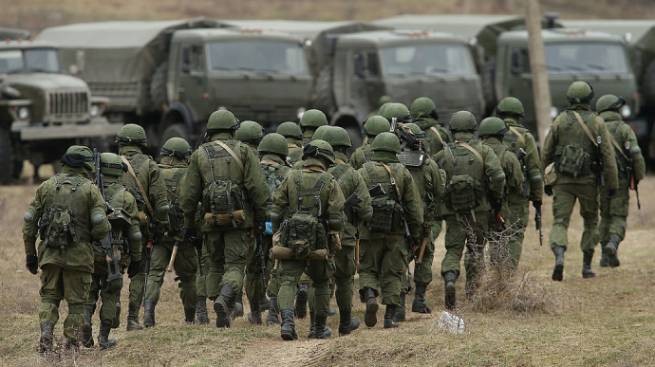 Officials are less worried, at least for now, about the weapons falling into the hands of the Russians. A source briefed on the intelligence noted that Russia’s failure to hold large swathes of territory or force the surrender of many Ukrainian units means that these weapons have either been used or remain in Ukrainian hands*.

And so far, it seems that Russia has struggled to intercept or destroy the supplies. A third source familiar with the intelligence said Russia appears to have been inactive in attacking Western arms shipments into Ukraine, although it is not clear why. Especially since the US has intelligence about what the Russians want and have discussed it, publicly and privately.

The person added that there are a number of theories as to why the supplies have not been delivered so far, including that Russian forces simply cannot find them – weapons and equipment are sent in unmarked vehicles and are often transported at night. It is also possible that the Russian forces are running low on ammunition and don’t want to waste it on random trucks unless they are sure they are part of a convoy with weapons.

Although on Monday Russia said it had destroyed a warehouse “near Lvov” where “large shipments” of weapons provided to Ukraine by the United States and European countries were stored. CNN was unable to verify this claim. 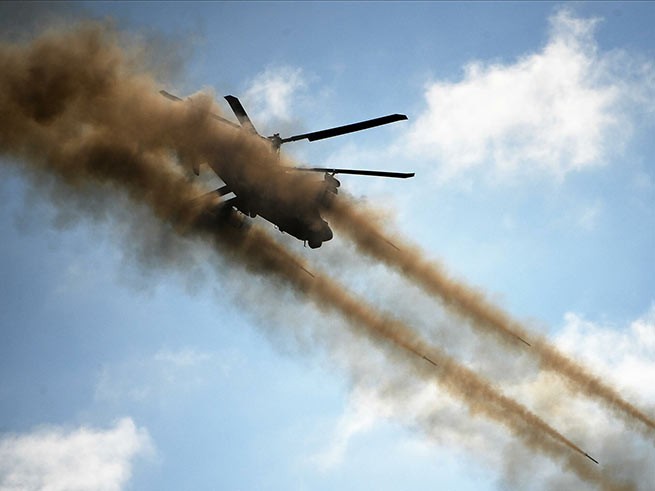 But in general, Russia does not have a perfect intelligence overview of Ukraine, the source said. And its air capabilities over western Ukraine, where cargo arrives, are extremely limited due to Ukrainian air defense systems.

Publicly, the Pentagon says it has not yet seen Russian attempts to interfere with arms transfers or shipments inside Ukraine. “Flights are still operated to transit points in the region. And still there is a land movement of this material inside Ukraine. Every single day Ukrainians get their hands on security assistance, weapons, supplies and support equipment,” Kirby said on Thursday.

“We will continue to do this as much as possible, as quickly as possible. We have not seen any attempts by Russia to cut off this flow. And so we’ll just keep doing it”, he added. “We constantly look at it, monitor it every day, change it, adapt it as necessary.”

PS The Biden administration thinks hopethat portable anti-tank and anti-aircraft systems, first of all, will get to Europe, the countries of Africa and Asia, since the United States, in their opinion, is reliably protected by the ocean, and the White House is not particularly interested in the security of its European partners. It is worth noting that the history of September 11 has already shown the illusory nature of such hopes.

* Russian media and telegram channels are constantly publish information about the capture of Western weapons. First of all, these are American Javelins, as well as German, Swedish, and French anti-tank and anti-aircraft systems. Naturally, this is not a new weapon, but its capture allows the Russian Federation to study methods of countering these systems.