Wearing a bulletproof vest and handcuffed behind his back, Babis Anagnostopoulos crossed the door of the Mixed Jury Court in Athens just before 8:30 am on Friday.

The trial for the murder of his 20-year-old wife, Caroline Crouch, a British citizen, began almost a year after the horrific murder of the young mother of his minor daughter, Lydia, took place.

As Babis walked from the police car to the court, a passer-by shouted: “Give him a life sentence so that he can calm down forever.”

Anagostopoulos killed his sleeping wife Caroline in the early hours of May 11, 2021, at their home in Glyka Nera in East Attica, and staged a robbery. He placed his 11-month-old baby next to his wife and tied his hands with rope after taping his mouth shut. He also brutally killed the family’s pet dog.

For a month, the 33-year-old pilot pretended to be a “husband in deep sorrow”, thereby misleading the authorities who were trying to solve the case. A police investigation revealed gaps in his testimony, and findings at the murder scene pointed to him as the perpetrator.

On June 17, 2021, members of the Attica Police Headquarters flew to the island of Alonissos, where Caroline’s parents live, and Babis was arrested immediately after the memorial service for the victim. At the time of his arrest, Babiš was “crying” in his mother-in-law’s arms. 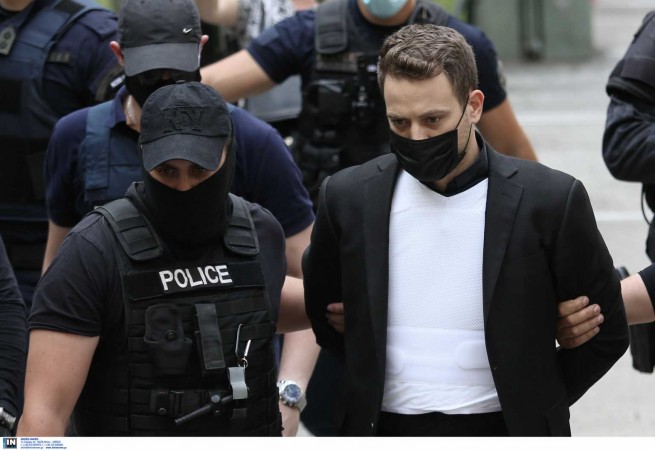 He was transferred to Athens and confessed to the murder six hours later. However, the pilot claimed that he was attacked by Caroline, with whom he had a falling out, and he killed her in self-defense. However, the killer was exposed by the victim’s sports watch, according to which the woman was asleep when her husband strangled her.

Babis is charged with premeditated murder and cruelty to animals, as well as false accusations (he put the blame on others) and false testimony to the authorities.

He faces life in prison for murder, up to ten years for cruelty to a dog, up to 3 years and up to 12 months for two other offenses respectively.

media report that, according to the prosecutor’s certificate, Babis is now a “hard person with a lack of sensitivity” who isolated his wife, controlling all her movements. The victim experienced her relationship with the man who had charmed her a few years earlier “like a prison”. 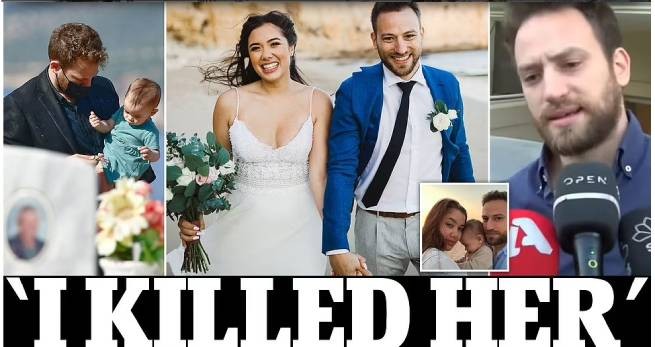 According to the judges, “the five-minute duration of the strangulation of the victim, the preliminary preparation to turn off the home video surveillance camera, the surprise arrest of the unsuspecting victim, the staged robbery and the deliberate attempt to mislead the authorities” allow us to state that the defendant was in a completely calm mental state.

Babis’ defense line will claim that Caroline defied him and that the crime was committed in the heat of passion.

On Friday in the courtroom, Babis Anagnostopoulos cynically declared his marital status: “married and widower.”

Caroline’s parents were not present because the deceased’s father had mobility problems, and doctors advised her mother to refrain from participating in the trial so as not to worsen his health. Caroline’s father David Crouch reported daily mail Great Britain that he will not attend court but will watch the news on TV with his granddaughter Lydia. “I wish I could hold her in my arms,” ​​the 78-year-old retired engineer told UK’s daily. Caroline’s parents, British immigrants living on the island of Alonissos, take care of their granddaughter Lydia.

On the first day of the trial, the court proceeded with the selection of jurors – two men and two women. All three judges are women. The court also granted a request by the Marathon Animal Welfare Association to file a civil lawsuit in the murder of Caroline’s family dog. He also granted the request of Babis’ lawyer and the trial was adjourned until Tuesday 12 April.