In recent years, the search for housing in the capital has become a “real punishment.” In some areas, prices have increased by 50%. Representatives of relevant organizations and experts commented on the rapid growth of rents in the real estate market and tried to give answers to why this is happening.

“You’re lucky, my phone hasn’t stopped ringing since this morning.” These words were spoken by our new landlady shortly after we signed a contract with her. After 11 years, we decided to leave Kukaki and move to Pagrati. We found our new home in one day and booked it right away. Rental properties go away within a few days or even a few hours in many cases. But how and why is this happening today in Athens, a city that until a few years ago was full of “for rent” and “for sale” signs?

“First of all, we note that rising rental prices in Athens (which, according to the annual research published by real estate company RE/MAX, has even reached 30% since 2016 in the central areas), in coupled with a sharp decline in wages and pensions, is an extremely worrisome development against the backdrop of rising unemployment and underemployment, as well as waves of revaluation (ENFIA recalculation areas) and rising costs of living that have been occurring over more than a decade of crisis“, – says Dimitris Balabanidis, PhD in urban planning-geography, housing and migration researcher.

Author of Airbnb in the City: Opportunity or Threat? (published by Polis) there is more discouraging evidence: “A recent study by the pan-Greek real estate network E-Real Estates found that about ⅔ of the houses located in the center of Athens have a rent of more than 600 euros.”

Unfortunately, things are serious, and there is no light in the tunnel. Rents in Athens have skyrocketed so much that most residents can’t afford the bare necessities. In fact, if you add a new wave of price increases to this equation, the picture becomes even more depressing.

“Compared to 2016, asking prices for rental housing in the central areas of Athens increased by 41%,” writes oneman-gr.cdn.ampproject.org.

During the difficult years of the Greek crisis, various European media, “flirting” with the yellow press, ridiculed the “grumpy” Greeks, but each of them has his own home. Of course, this is a deliberate exaggeration. Yes, the percentage of Greeks who have the happiness and pleasure of owning their own home is not that small compared to the rest of Europe. But these days buying a new home seems like a pipe dream for most young couples. What used to be commonplace has turned into a highly unlikely scenario. Thus, rent becomes a “one-way street”.

“Since 2008, rental prices have been falling for several years in almost all regions of Greece. 2016 was the first year that there was no decline in asking rental prices, and since then a strong upward trend has begun that continues to this day”– notes Dimitris Melahroninos, CEO of the well-known website Spitogatos.

“The increase in prices was driven first by a reduction in supply and then by an increase in demand. More specifically, 2016 was a year of rapid growth in short-term rentals in Athens, which led to a decrease in the number of apartments available for long-term rentals, especially in areas of tourist interest. , such as the center of Athens and the southern suburbs,” he adds.

Gradually, Greece was coming out of a long-term (deep) economic crisis and was trying to get back on its feet. What happened next? Prices have continued to rise in subsequent years due to increased demand as a result of the general improvement in the economy, and more recently due to a clear trend during the pandemic to change/move to larger houses and other areas. A search on the Spitogatos website clearly shows a shift in people’s preferences towards bigger houses, closer to nature and further away from the center than in the past.

In this way The pandemic has changed the balance againreturning several thousand properties from short-term (Airbnb) to long-term rentals. But as CEO Spitogatos points out, these homes have gotten better, renovated and tended to be in better locations, pushing prices up as a result. Who were the first victims of this new boom? Students who were forced to rent housing away from their institutes and technical schools. The rest, those who rented their own separate housing, young single people, chose to return to their parents’ house, because they lost the opportunity to pay rent.

All this, of course, is expressed in numbers. “Compared to 2016, asking prices for rental housing in areas of Athens increased by 41% in the center, by 50% in the northern suburbs, by 48% in the west, by 33% in the east and by 21% in the south – where the decrease, which had place until 2016 was less than in the rest of Athens,” says Dimitris Melahronos.

Why prices are rising

“The reasons why rents will continue to rise are varied and are related both to the conjuncture (for example, the “touristization” of the housing stock) and to more structural changes (such as the “financialization” of housing, that is, its increasingly becoming a commodity, investment product and means of enrichment,” says housing construction expert Dimitris Balabanidis

This is a general scheme, but what happens in reality? “Especially in central Athens, the contraction in the supply of rental housing at a time when demand seems to be growing is pushing rental prices higher and higher. At the same time, due to the expansion of Airbnb, a large number of properties have been removed from the regular long-term rental market.However, the demand for rental housing is increasing significantly as access to owner-occupied housing becomes more difficult, and especially in the central areas – the city center becomes attractive again)”.

As the expert researcher notes, de facto or artificially, we have a new high demand in the rental market, which will continue to increase prices until there is a consistent and decisive government policy to protect tenants and provide affordable and decent (rental) housing for all. In addition, the state and the government have turned a blind eye to this until now.

“Landlords are using short-term leases as a springboard, an opportunity to raise prices.” This is a relatively logical argument, although there is a flaw in the logic, as there is a concomitant demand – when the center no longer has the ability to rent housing, people start looking in the surrounding areas. 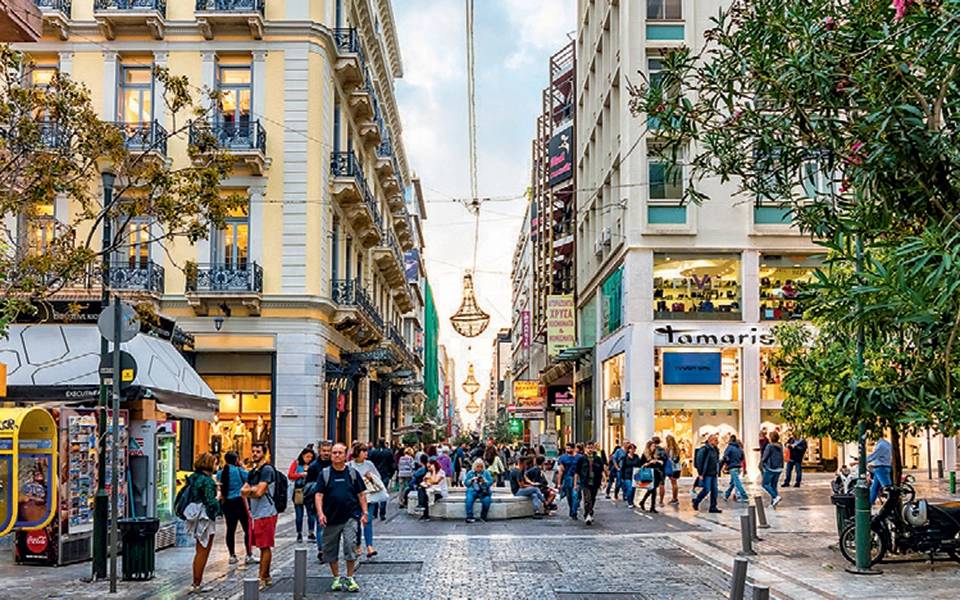 “Yes, that’s exactly what happens, or rather, we see how it happens. But this does not mean that it should happen, because there is no point in it.” In other words, everyone is taking advantage of the opportunity, while the Greek state has so far only shown a complete lack of attention to this issue.

“It should be noted, however, that not all properties are suitable for Airbnb,” notes the president of P.SY.DA. “Owners during the crisis gave money to renovate and furnish their apartments. in very poor condition, used by various people, driving up prices for long-term rentals.”

“If Airbnb is not to blame, then who is to blame? Real estate agents,” says Andreas Chios bluntly. In his opinion, real estate agencies are responsible for the sharp increase in rents.

According to the president of P.SY.DA., short-term rentals are revitalizing neighborhoods and breathing new life into local markets, benefiting professionals and landlords. “The facilities are prettier, cleaner and offer a better quality of life,” says Mr. Chios. But he was asked: “What about those who just live in these areas, renting property?” The answer I received was disarmingly honest: “No, it is obvious that long-term tenants do not receive any benefit from this.”

Long term tenants have no benefits

“Uncontrolled rent increases, I am very afraid, could lead to a social explosion,” says P.SY.PE President Angelos Skiadas. You don’t need to dig into detailed research and data to understand that the situation with rent in Athens is out of control Just look around: promotions, relocations, the sale of entire apartment buildings to Chinese investors, and in some cases even evictions.When was the balance sheet completely lost, and for what reason?

“Over the past two years, the rent has skyrocketed, but especially in the last year the situation is dramatic, because Rent increases demanded by landlords become unrealistic: in many cases it is more than 50% or even 60% of the previous rent, while most tenants are unable to afford such an increase,” says Angelos Skiadas, President of PA.SY.PE (Panhellenic Association for the Protection of Tenants). “The reason for the increase in rents is mostly psychological, not real, as the requested increase is in no way in line with the general course (recession) of the economy.”

In fact, landlords are trying to make up for the “damage” of the decade-long Greek crisis, although, in his opinion, after the correction made in the early years of the crisis, everything was not so dramatic for them. Similarly, he finds it absurd that they feel “offended” by the measures taken during the pandemic, since most of the losses were covered by the state.

But what is the element that opened the floodgates? “The complete absence of a legislative system for the protection of tenants,” the president of P.SY.DA rightly believes. According to him, the vast majority of landlords in recent years refuse to renew existing leases. As a result, tenants either stayed indefinitely, were forced to rush out of their homes for a month or two, or succumbed to extortionate raises.

“In a word, the laws do not protect tenants from sudden and exorbitant increases,” complains Mr. Angelos Skiadasa, continuing. “In conversation with some of the lawyers, they mentioned cases where tenants were able to achieve their rights after the increase in rates was found to be illegal. But the limits are not strictly defined, especially now that prices have become so high that it is much more difficult for tenants to prove that they are, in fact, victims of extortion“. 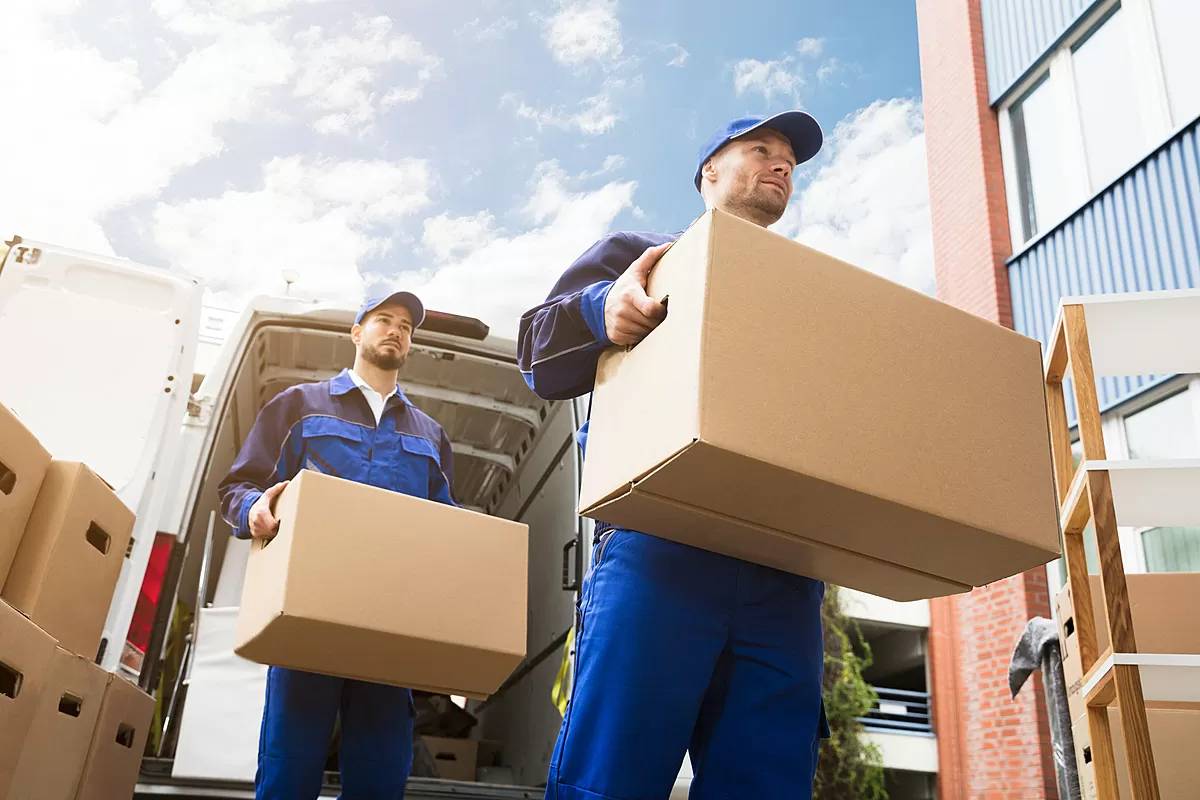 The question is what needs to be done to stop the skyrocketing rent growth that is not accompanied by a major increase in base wages.

Measures proposed by the authority P.SY.DA.:

“These measures may in the short term set a limit to uncontrolled rent increases. Otherwise, I’m afraid this could lead to a social explosion with unforeseen consequences,” Angelos Skiadas pointedly remarks. It’s true that people are under unbearable pressure. Apparently, protection of tenants at the state level is necessary.

In the meantime, of course, all residents who feel their interests are affected can always go to the PA.SY.PE website for more information or speak to the organization’s phone, every afternoon, with a qualified lawyer who will advise and direct. In any case, something needs to be done: the situation is explosive and it is advisable not to wait until the “bubble bursts”.