The World Heritage Centre, UNESCO’s coordinator for all matters related to registered World Heritage sites, has taken the initiative and will send a team of experts to closely examine the concrete paths on the Acropolis.

The covering of the area with concrete in 2020, by order of the Greek Minister of Culture, caused a wave of backlash from within the country and beyond. And it looks like our 1 April joke last year can become a reality.

According to an exclusive report by the influential Greek publication efimerida ton syntakton, The UNESCO World Heritage Committee has responded to a letter signed by renowned university professors, professionals and citizens to its new director, Lazar Eloundu. In it, they express their concern about the intervention of the Ministry of Culture, which has been implemented and is planned to be implemented on the Acropolis, in defiance of the legislation and international principles of UNESCO.

The letter draws attention to the work in 2020, that is, strengthening concrete pavement with a metal mesh from the Propylaea to the Parthenon elevator, as well as for planned construction projects: the restoration of the main entrance, where, on the basis, at the suggestion of ESMA President Manolis Korres, stepped square according to the Roman model, which corresponds to 1- th century ADand the buildings inside the Acropolis correspond to the 5th century BC.

Judging by the response to Elound’s letter, it is clear that the World Heritage Center was not informed about the construction work on the Acropolis, although the Minister of Culture, Lina Mendoni, had previously stated otherwise, EFSYN notes.

The inspector is coming…

And now, UNESCO has assured the public that “an advisory mission from the World Heritage Center/ICOMOS will arrive in Athens in the coming months to address all issues related to the Acropolis of Athens World Heritage site.”

At the same time, he clarifies that he has already informed the competent authorities of Greece (including the Ministry of Culture), awaiting their own comments, since they must comply with “paragraph 174 of the operational instructions for the implementation of the World Heritage Convention.”

Institutions, international organizations and prominent figures who signed the joint protest action “Acropolis SOS” and issued resolutions in 2020, sent repeated complaints to UNESCO. The first letter was sent in March 2021 to the former Director of UNESCO, Mr Rössler. However, there was no reaction to it, except for the assurance that the Greek authorities, i.e. The Ministry of Culture will be informed of the concerns expressed.

Well-informed sources told EFSYN that the new attitude proves that UNESCO is serious about changing the sites it protects. 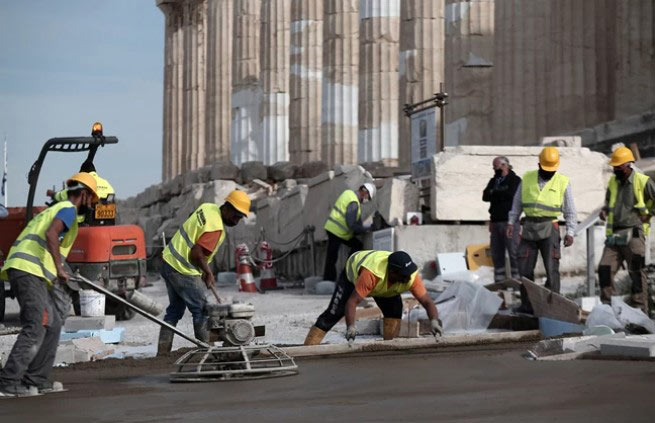 On the basis of the World Heritage Convention, mechanisms have been established to monitor and control the work on registered monuments in order to ensure their reliability, protection and promotion.

Archaeologist Eleni Mefodiou, Vice President of the UNESCO World Heritage Committee, said efsynthat UNESCO had to make an effort to solve such a serious problem last year, when this news was widely spread around the world. She added that the development is being carried out for the benefit of the monument.

Following on-site verification in the coming months, the World Heritage Center commission will produce a report with the collected data, which will be considered at the annual meeting in the summer.

“They have abolished any notion of historical unity and continuity,” said Dr. Tassos Tanoulas, architect, engineer and former head of the Propylaea maintenance department (1984-2010), head of restoration work in the south wing of the Propylaea (2013-2016). 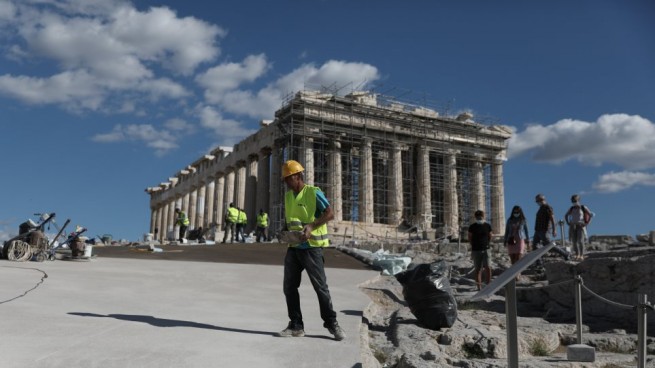 Following an exclusive report from EFSYN on Thursday, the Ministry of Culture confirmed the upcoming visit of the inspection team on Friday morning.

In a letter efsyn the press service of the ministry said that the “purpose” of the UNESCO team’s visit “is to study and present the project on the spot, as well as to plan future activities.”

In addition, the ministry claims that the visit follows an invitation from the Ministry of Culture to the World Heritage Center to send a team of experts to Athens. However, the paper notes that the invitation and the February 15, 2022 letter to Elune were not mentioned in either the ministry or the letter.

EFSYN recalls that against the backdrop of last year’s indignation, the Ministry of Culture stated that the projects are small-scale and do not need UNESCO’s approval.

It is worth noting that these works on the Acropolis, according to tourists and guides who commented on our publication, made visiting the historical site saferas earlier guests often had injuries and problems with shoes.