The Oxford Institute for Digital Archeology (IDA) plans to sue the British Museum over its refusal to allow a 3D reproduction of a piece of Parthenon marble from its collection, the newspaper reported on Tuesday Guardian.

The Institute for Digital Archeology said it would soon issue an injunction against the museum, which would raise the stakes in the dispute between the two. “By the end of the week, we will file a complaint with the court to order the British Museum to grant our request,” IDA chief executive Roger Michel told The Guardian. “We want them to treat our application exactly the same as similar requests. Their refusal was capricious and arbitrary.”

The Oxford Institute hoped, with the blessing of the museum, to reproduce one of the high relief metopes from the south facade of the Acropolis Temple as a “proof of concept”. In 2016 he reconstructed the triumphal arch Palmyra in Syria from Egyptian marble, based on photographs taken after the destruction of the monument by the Islamic State.

Lawyers believe that the 3D image can be used not only to create replicas of classical treasures, but also to resolve a long-standing dispute between Athens and London over the Parthenon’s marble heritage. The scan will allow a sculpting robot to reproduce works of art down to the millimeter using the same Pentelian marble from which the originals were carved, according to IDA, a proponent of repatriation of marble to Greece.

“Our goal is to let people see how extraordinary a replica can be,” said Michel, a Harvard-educated American lawyer who founded a UNESCO-affiliated institute and describes his mission as preserving and restoring ancient artifacts at a time when irreplaceable objects are in “clear threat” of being lost forever.

“Copies [скульптур Парфенона] in the past were poor quality plaster casts. The 3D model will be much better. This will help people see and feel the potential of technology in a way that cannot be described in simple words.”

Peter Higgs, Acting Curator of the Museum of Greek and Roman Antiquities, acknowledged that digital scanning of 5th-century BC sculptures could “give new discoveries” but the IDA was told by email that the request could not be granted five weeks after it was sent. .

Friezes of the Parthenon, in the Acropolis Museum

Michel and his team visited the British Museum last week despite the ban and used what he called an “iPad on steroids” to scan the piece from the Duveen gallery floor. The organization claimed it was within its rights to do so as the British Museum’s own rules “expressly permit” the use of 3D software to scan images of ancient artifacts.

This news, however, drew ire from the museum. “The British Museum has been deeply concerned about allegations of unauthorized scanning in our galleries. Any such activity would be a violation of our visiting policies,” the statement said. “We regularly receive requests to scan the collection from a wide range of private entities… and all of this cannot be met in the usual way.”

Michel responded in an email seen by The Guardian: “The manual explicitly authorizes exactly what we did, referring to ‘3D software’, ‘3D image’, ‘scans’, ‘scanned data’, ‘cameras’ and ‘ telephone cameras.

“Your security staff expressed no doubts about the legitimacy of our activities, they were eager to learn more about this process, they were very helpful and encouraging. I’m sure it was all captured by your security camera. In view of all these facts, your characterization of our activities is a gross distortion of the truth. I hope you correct your obvious misrepresentations immediately.”

In a later statement to the Guardian, following the IDA’s threat of legal action, a museum spokesman confirmed that it was not possible to routinely accommodate all requests from “private entities such as the IDA, along with academics and institutions wishing to study the collection.” Emphasizing how important it is that “any request be properly supported so that, to the extent possible, we can ensure the highest level of quality and academic rigor.” He added that he has already used cutting-edge technology to study and share his collection, and also facilitated visits to the Acropolis Museum in 2013 and 2017 for 3D scans. 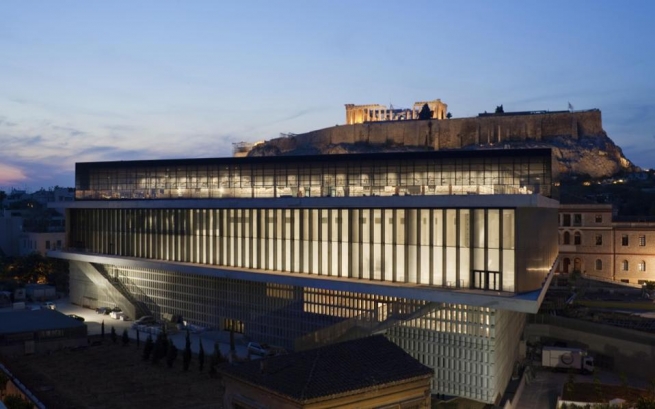 Scanning outrage has alarmed Greek officials as some of the world’s leading museums change their attitude towards repatriation of disputed artifacts.

“How can they refuse such a request when the museum boasts of its educational and enlightening role?” said Elena Korka, Honorary General Director of the Department of Antiquities and Cultural Heritage of the Greek Ministry of Culture. “What bothers you so much about the scan? It seems to me completely absurd and completely contrary to the self-proclaimed role of the museum.”

Considered the pinnacle of classical art, antique antiquities have been in the possession of the British Museum since 1816, when they were removed from the Parthenon by order of Lord Elgin, the British ambassador to Ottoman Empirewhich at the time controlled what is now present-day Greece.

Successive Greek governments have claimed that the ancient marbles were illegally removed from the temple at a time when Greece was a subject people with no voice or sovereignty. The British Museum claims they were acquired legally. 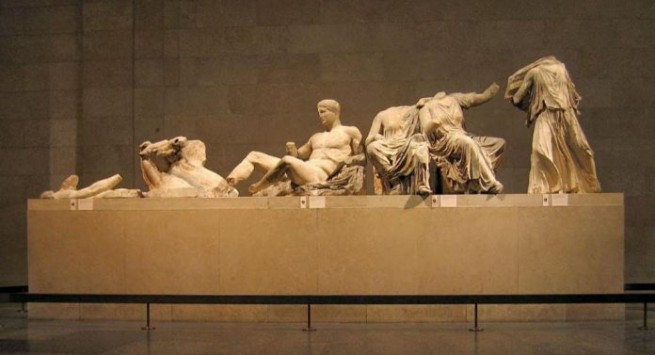 How reported Athens News in 2019, citing Turkish scholars, the document (firmman of the Grand Vizier), on the basis of which Lord Elgin took out the details of the Parthenon and the marble sculptures of the Acropolis, was fake. The British Museum did not react to these facts in any way, apparently considering them insignificant.

Encouraged by polls showing most Britons support a return, Greek Prime Minister Kyriakos Mitsotakis stepped up the campaign to reunite the artwork with the rest of the monumental frieze on display at the Acropolis Museum, overlooking the site once adorned by the sculptures.

In an unprecedented move, Mitsotakis raised the issue to the center of negotiations with Boris Johnson at Downing Street last November, reminding the British Prime Minister of his love for Greece. As a classical student at Oxford, Johnson was a supporter sending the sculpture back to Athens.

Michel said that while his team was able to complete most of the digital imaging with the iPad program, there are still parts of the metope that could have been better scanned with a ladder if permission was eventually obtained. “There is a small part at the top that we would like to take a closer look at,” he said.

In its current form, “shabby and whitewashed” at the Duveen Gallery, the IDA director argues, the sculptures have nothing to do with their true aesthetics in antiquity – something that, in his opinion, the creation of replicas could also solve.

“Reconstruction can restore the color surfaces of the originals, including various skin tones,” he said. “In short, a refurbishment could help the British Museum do all the things it claims it wants to do much better.”

Based on the publication theguardian

Athens News in 2016 joined the demand for the return of the treasures of the Acropolis. In 2016, based on an essay by the writer Vladimir Sidiropoulos, a short film was made “Tear of the Caryatids”which tells of the fate of the Caryatid statue stolen by Lord Elgin.