Athens ranks first in the world in a new survey that ranks cities based on visitor ratings.

In terms of nightlife, the place with the highest proportion of five-star hotels is still in Greece, namely Rhodes. in.gr.

The money.co.uk survey found the cities with the best rankings for hotels, restaurants, nightlife and entertainment. According to the data presented, Athens is best city in the worldwith 19.7% of entertainment and tourist attractions rated excellent.

In fact, Athens ranked first in terms of attractions, with 44.1% of them scoring excellent.

The second best destination in the world is Lisbon, which also leads in terms of attractions (40%). In third place is Florence. The best city for hotels is Los Angeles (Athens in second place), and for restaurants – Brussels. 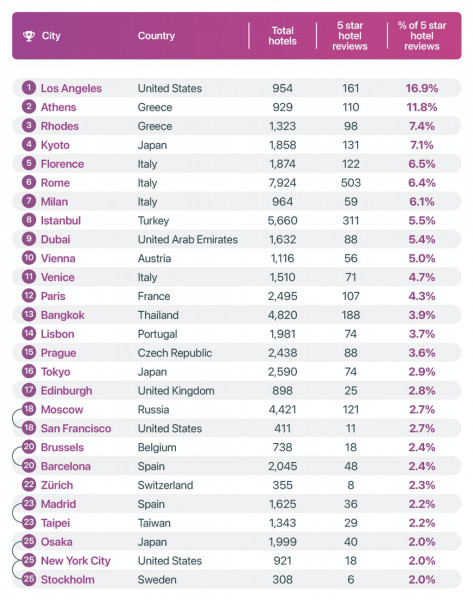 In terms of pubs, bars and clubs, Rhodes came in first with 37.2% of its nightclubs rated excellent. “Rhodes is a tourist destination with plenty of options as soon as the sun sets on its sandy beaches, whether it be a quiet beach bar or busier nightlife,” the study says. Second is Athens. 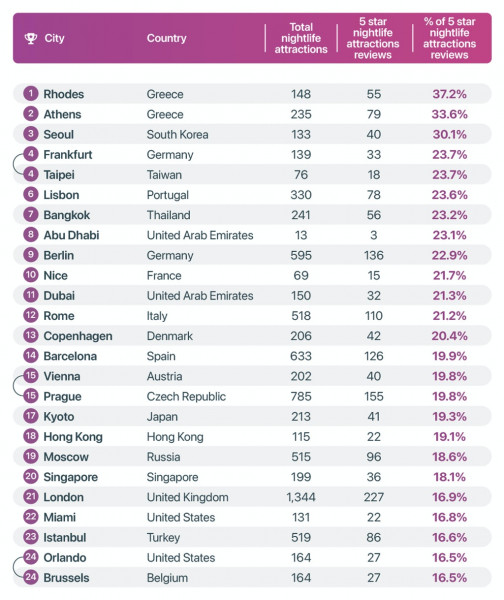