Turkish media reported Monday that the sanctioned Russian oligarch Roman Abramovich’s superyacht Solaris has docked at the Turkish Aegean resort of Bodrum. A group of young yachtsmen from Ukraine, who staged a protest on an inflatable boat, was detained.

The Solaris has docked in Bodrum after an eight-day voyage in the Mediterranean. She was spotted south of Crete on Friday and off the coast of Rhodes on Sunday before heading south to Turkey.

According to Associated Pressa youth team of Ukrainian yachtsmen tried to prevent Abramovich’s superyacht from mooring in the port.

“Sailing Team of Ukraine” is a children’s and youth team of yachtsmen from Odessa, which is currently training in Turkey. The coaches learned that Abramovich’s yacht had settled in Bodrum in an attempt to escape arrest.

As a result, yachtsmen with their coach stood between the ship and the pier, and tried to prevent the ship from throwing mooring lines in the Turkish port. Baza reports that “everything ended with the arrival of the police, and Abramovich’s yacht had to be released.”

Meanwhile, on Wednesday, Abramovich’s second luxury yacht ECLIPSE arrived in the Turkish port of Marmaris. According to the company marine trafficdrifting for about a day in the sea near Rhodes, Abramovich’s superyacht moored at the pier A Doc of Marmaris. 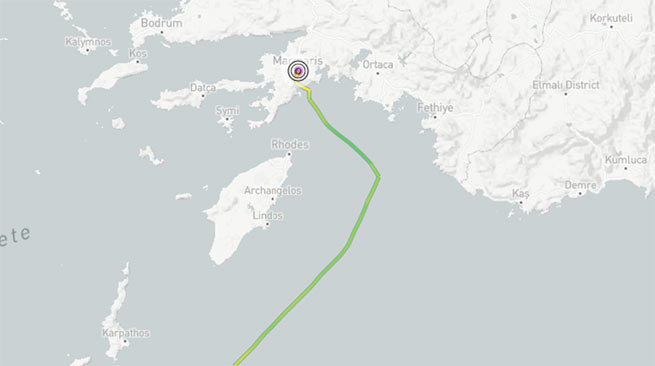 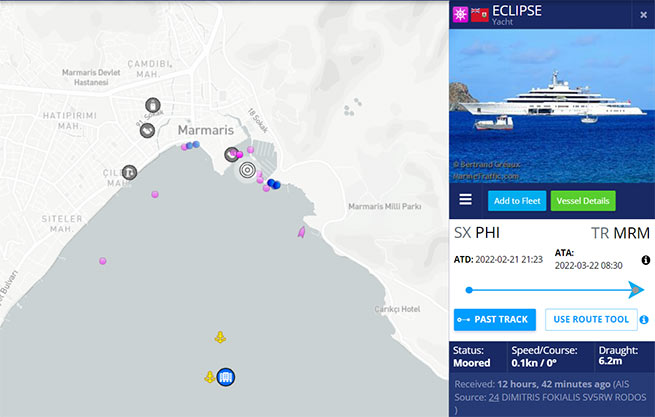 Confirmed our informationthat Roman Abramovich decided to move both of his luxury yachts to Turkey to protect them from possible confiscation.

As we reported previouslyRoman Abramovich, at a meeting with Erdogan’s “pocket oligarch” Etem Sanjak, probably agreed that Turkey would become a safe haven for his yachts and other assets.