On the day the Russian invasion of Ukraine began, Turkish President Tayyip Erdogan, in his famously strict style, gave the final instructions to Etem Sandzak.

Soon this man will board a special flight to Moscow, where his place at the Ministry of Foreign Affairs has already been booked. This Sanjak is not just someone. He is the “personal oligarch” of Tayyip Erdogan. He is considered one of the richest people in Turkey, although he started with a small pharmacy, where he sold meat and milk instead of drugs. Once upon a time, the Erdogan system discovered him and made him a central figure in the country’s economic life, endowing him with television networks, all kinds of enterprises and, of course, a lot of money.

This Sandzhak arrived in Moscow on the first day of the war. There, he met with the Deputy Foreign Minister of Russia and after negotiations, leaving the ministry, he said on Russian television that “NATO is a cancerous tumor, and that NATO is killing Ukraine.” Everyone knows that he is Erdogan’s man, whose country is part of NATO, but at such moments such words…

With this, Sandzak returned to Turkey, where the following phenomenon was observed: representatives of the ruling party of the AKP made statements against NATO, and Erdogan’s son-in-law Bayraktar, first and last name, publishes photos and videos with Ukrainian President Volodymyr Zelensky, while sending drones named after him to Ukraine.

About 24 hours later, prominent Russian oligarch Roman Abramovich boarded one of his planes and landed in Tel Aviv. It is known that Abramovich is a Jew by nationality and has a significant fortune in Israel. He is photographed at Ben Gurion Airport unshaven, scruffy and tired, just before leaving for Istanbul on his plane. From there the next morning he flew to Moscow. His superyacht Solaris arrived at the port of Alikarnasos, opposite Kos, on Monday morning and attempted to dock. In vain, because Ukrainians were waiting for him in inflatable boats, who prevented the yacht from mooring and raised banners with the slogan “stop the war.” 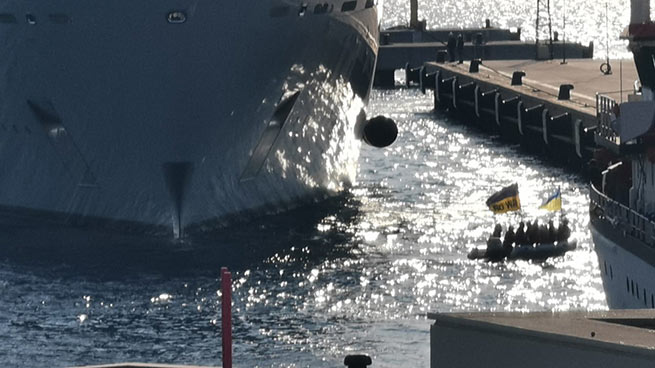 Then the Turkish authorities intervened and arrested the Ukrainians, of course, so that Abramovich’s yacht could safely moor. At the same time, off the coast of eastern Crete and in neutral waters, in order to avoid any problems, another Abramovich yacht, the famous Eclipse, was spotted, which is now in Montenegro, but according to rumors, will also be transferred to Turkey.

Turkish social networks have been discussing the country’s new policy for many days. In other words, Turkey has a chance to become a giant “laundromat” for Russian oligarchs trying to save their property and deposits from the tsunami of sanctions imposed on them.

It seems that Tayyip Erdogan’s special envoy, Etem Sanjak, did much more than just pay a working visit to the Russian Foreign Ministry on the day the war began. He seemed to suggest to the Russian side to create a safe haven in Turkey for all those who face the problems of Western sanctions against the Russian economy and its oligarchs. 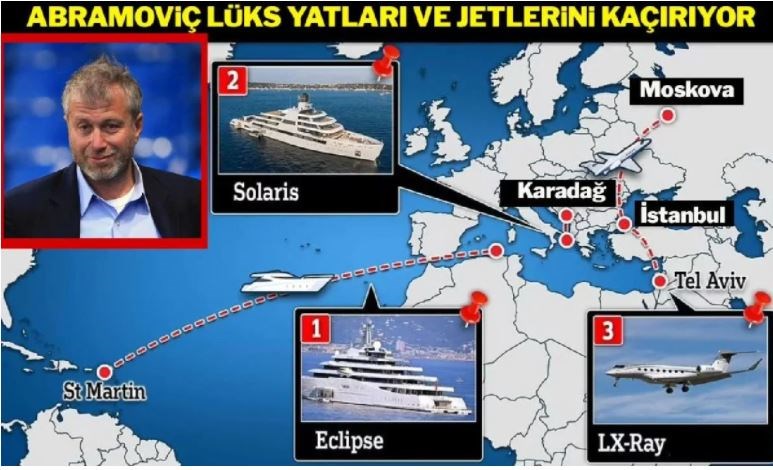 The place of Belarus, which has now lost the extremely beneficial status of an intermediary between the sanctioned Russia and the West, is now clearly occupied by Turkey. For this, she has a wealth of experience. Many years ago, Erdogan created the necessary conditions for the unhindered transportation and sale of Iranian gold, and also organized the transportation of Iranian oil by smuggling to buyers. In the case of Persian gold, the case has gone down in history and is being treated in the US as the Halk Bank scandal.

Based on the publication Zugla