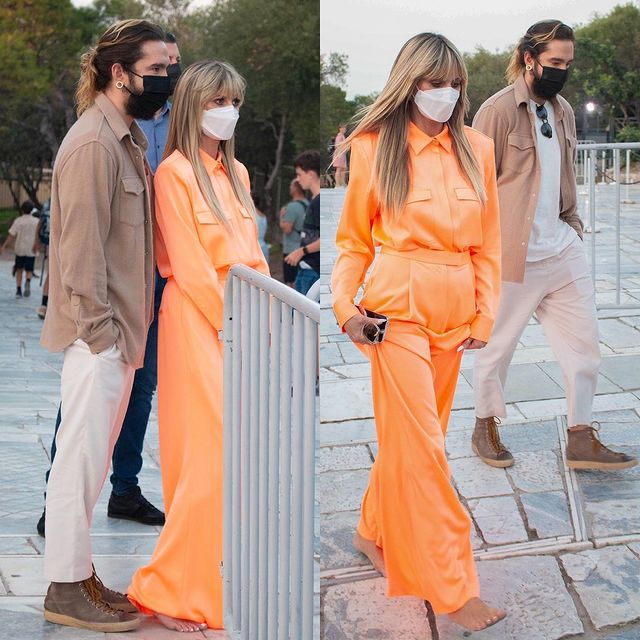 Despite the fact that it is November, Mykonos is preparing to turn into a glittering catwalk again. Models from Germany arrived on Vetrov Island for the filming of Germany’s Next Top Model show.

The models – the participants of the TV project and the film crew, only 150 people – flew to Mykonos on a charter flight from Athens. Two buses and three VIP-vans were already waiting for the guests at the airport.

The gorgeous Heidi Klum, host of Germany’s Next Top Model, is also expected to arrive in Mykonos in the next few hours. However, it is not yet known whether two of the most famous persons invited to the jury will be present on the set: superstar Kylie Minogue and designer Jean Paul Gaultier.

According to the available information, the shooting will last ten days and will take place in the most famous parts of the island in cooperation with the authorities of Mykonos, who have already taken care of decorating the stairs in the Mila area in advance of the filming process.

Next Top Model is shown on the ProSieben channel and is watched by three million viewers, which will be a great spectacular advertisement for the whole of Greece, and in particular the island of Mykonos.