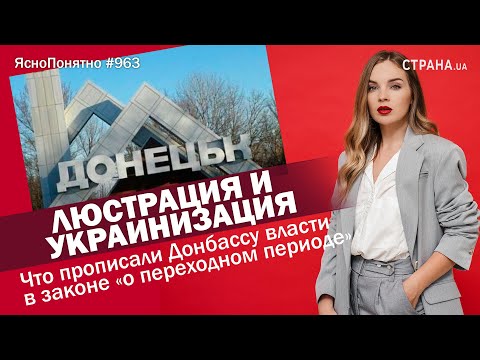 On September 23, the head of the UN Human Rights Monitoring Mission in Ukraine Matilda Bogner presented a report on the situation in Ukraine. The report showed a picture that is fundamentally different from what President Zerensky said on the UN rostrum the day before.

UN representatives gave an assessment of the events that happened in Ukraine for six months – from February 1 to July 31, 2021.

A new story about the situation with human rights in Ukraine

All at once! New additional information about the situation with the rights of the people in Ukraine for pivrok (from 1 fierce to 31 April in 2021). *** Happening now! A new report on the human rights situation in Ukraine over the six-month period (1 February to 31 July 2021).

The document includes all the most scandalous events of recent months – from closure of media by the NSDC before the persecution of Russian-speakers by nationalists about the law on Ukrainianization.

It is also reported about an increase in the number of victims among civilians in the Donbass, the scandalous law on the transitional period and torture in the SBU.

The Ukrainian newspaper “Strana”, which became the object of persecution by the Ukrainian authorities, publishes key messages report…

The number of victims in the Donbass increased by 51%

Security in eastern Ukraine has deteriorated. The number of civilian casualties has increased. During this period, 62 victims – 15 dead and 47 injured, which is 51% more than in the previous six months.

At the same time, 81% of the dead were in uncontrolled territories. Exactly the same figure for the shelling of civilian objects: more than 80% of hits fell on the territory of the “DPR” and “LPR”.

In general, there are very eloquent statistics of who is firing at whom.

It is very clear who is shelling civilian infrastructure in this graph, which covers 2020 and 2021. It can be seen here that the overwhelming majority of civilian objects are being attacked precisely in the uncontrolled territories.

And, given the period, these attacks are underway under the “president of the world” Volodymyr Zelensky.

The trend continues in the post-report period. From July 31 to September 20, 16 civilian casualties were recorded: 2 dead and 14 wounded. These are the highest numbers since June 2020, Bogner added.

Criticism of the Transition Law

The law on transition period, which was submitted to the Rada by the Ministry of the Occupied Territories in August, drew criticism from the UN.

“The bill does not meet international standards, does not provide a period focused on the protection of victims,” ​​said Matilda Bogner.

She added: “Going forward, transitional justice may become a stumbling block for a full settlement of the conflict. Transitional policies need to be in line with international standards.”

Note that this document strikes at the rights of the inhabitants of the “DPR” and “LPR” and introduces total Ukrainization in the region – if, of course, it can be returned.

What is wrong with the bill – you can find out from Olesya Medvedeva’s blog “Clear. Understand”.

Separately, the UN notes attacks on opponents of Ukrainization. There were seven such cases.

They took the form of Internet bullying and calls for violence, as well as threats and intimidation of those who “expressed positive opinions about the Russian language or otherwise expressed views regarded as pro-Russian.”

The peak of this wave was in January 2021, when the rule on the Ukrainization of the service sector came into force. But these attacks continued throughout the reporting period.

Note that in most cases the persecution was directed by the nationalist Sergei Sternenko, but his name is not mentioned in the document.

The UN also requires Ukraine to adopt a law on national minorities so that it “not only contains declarative provisions, but also establishes the way in which the linguistic rights of minorities will be ensured.”

Criticized the human rights department and the law on indigenous peoples, which was adopted by Ukraine. It allows teaching completely in their native language only to Crimean Tatars, Karaites and Krymchaks – for the rest it is prohibited by default.

The rationale of the author of the Zelensky law that these peoples do not have a country that protects their culture does not stand up to criticism in the eyes of the UN.

“The mention of the absence of their own public education may limit the right to self-identification of communities that consider themselves indigenous, despite having a public education,” says the office of the High Commissioner for Human Rights.

The UN also rebukes lawmakers for not consulting with other peoples inhabiting Ukraine before they passed the law. Human rights defenders are also confused by the norm that the Cabinet of Ministers can grant and deprive the status of legal representatives of one or another indigenous people.

On illegal sanctions by the NSDC against the media

“As was widely reported, the NSDC adopted and the President approved the decision on sanctions concerning the closure of the 112 Ukraine TV channels, Zik and NewsOne. led to restriction of access to online media“, – said Bogner.

“We are concerned that these decisions do not meet international standards in terms of expression. Since they were not adopted by an independent government body and could not demonstrate, prove the proportionality of these restrictions. We will monitor further the development of the situation,” said the UN representative.

The UN is confident that repression against those who express critical views must stop.

The UN has recorded 22 threats and attacks against journalists, LGBT people and representatives of national minorities. Regarding the attack on LGBT people, the authorities ignored the deliberate motives of the perpetrators.

The mission also recorded five cases of direct attacks on journalists. The case of the beating of a photojournalist of “Letters” was especially noted: the UN was amazed that it took place in the presence of the police, who later tried to present the case as petty hooliganism.

There were two incidents of violence due to tensions between Orthodox religious communities.

There have been attacks on people – three men and one woman – in Kiev, Kharkov and Odessa, who deal with environmental issues. And also – for one man and one woman in Dnipro, who are engaged in anti-corruption issues. After being severely beaten, the woman was forced to go to the hospital.

The SBU, writes the UN Mission, continues its practice of bullying the residents of the “DPR” and “LPR”, who need to be persuaded to cooperate.

The following episodes are described:

“Several masked SBU officers beat the man lying face down on the ground, kicked him in the ribs. Putting his hands behind his back and putting on handcuffs, he was put into a minibus. He told OHCHR that the officers
The SBU pressed his fingers to the grenades and detonators to leave his prints on them.

In another case, the woman was threatened that the SBU would plant materials incriminating him on her son if she did not immediately agree to cooperate, ”the report says.

Note that such detailed information on the Security Service regularly appears in mission reports, but neither local authorities nor Western embassies respond to them.

The UN is concerned about the lack of housing across the country for homeless people. There are no shelters in five regions of Ukraine. In addition, the shelter in Nikolaev still accepts only men.

Three men with disabilities were found in the cemetery after reportedly being driven there by a medical vehicle. Although they were placed in a homeless shelter, it was not adequately equipped for people with disabilities. And he could only accept them temporarily.

Persons with psycho-social disabilities face difficulties in boarding schools. Some women who live there claim they were forced to take injections of hormonal contraceptives.

On the difficulty of obtaining subsidies in Ukraine

“It has had a profound effect on those in dire straits,” said Matilda Bogner.

The UN notes that families where there are unemployed began to massively deprive subsidies. At the same time, many cannot fulfill the condition to register with the employment center – since they live in rural areas or in zones close to conflict. And the government’s job offers are far from their place of residence. Thus, people are removed from the register, and they lose the right to a subsidy.

“It disproportionately affects vulnerable people and groups, in particular Roma, residents of rural areas and areas affected by the conflict, and people with disabilities, and especially women from these groups,” the mission notes.

On the investigation of the cases of May 2 and Maidan

“There has been some progress in prosecuting those who committed crimes in connection with the Maidan protests. This is partly due to the amendments to the Criminal Procedure Code on April 27, which allow for prosecution in absentia,” Bogner said.

She welcomed the progress in “holding the persons of the group of titushki from responsibility for crimes against Mr. Lutsenko and Mr. Verbitsky.”

At the same time, the lack of tangible progress in investigations and court hearings on the violent deaths in Odessa on May 2, as before, causes the UN “concern”.

The situation in the “LDNR”

The UN is monitoring the document that was adopted in the “DPR” – on the seizure of ownerless housing. He, according to the UN, may affect the future return of migrants.

“Strana” wrote about this norm – it allows local authorities, after a series of procedures, to confiscate housing from those who left the “republics” in 75 days.

According to the mission, on the territory of the Luhansk region, budget workers were threatened with salary cuts or dismissal if they did not receive Russian citizenship.

The mission speaks of the “atmosphere of fear” in the “DPR” and “LPR” and at the same time describes that there were three rallies criticizing the authorities. In particular, the protests of miners due to salary delays and at least one rally of local residents due to problems with water.

Covid restrictions still weigh heavily on those forced to cross the contact line. The number of crossings decreased by 91% compared to the same period in 2019.

Editor’s note: We have no doubt that some of our readers from Western Ukraine (and not only) can say that the UN has sold itself to the Kremlin, but faith is sacred and we are not going to dissuade them from this.