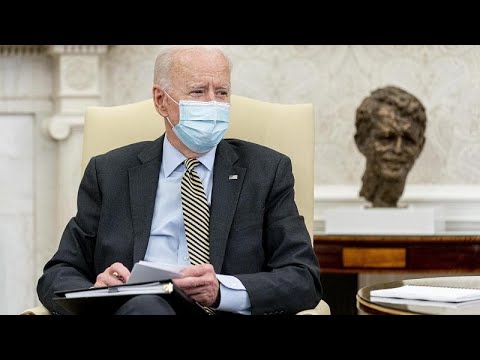 The US government announced another series of economic sanctions against Russia, and also announced the expulsion of ten Russian diplomats “in response to cyberattacks and interference in the US presidential election.”

IN message on the White House website, the introduction of new sanctions is explained by the desire “to impose on Russia the costs for the actions of its government and special services against the sovereignty and interests of the United States.”
“We will defend our national interests and increase the costs of the actions of the Russian government aimed at harming us,” the White House said in a statement.
In accordance with Biden’s decree, the Office of Foreign Assets Control (OFAC) of the US Treasury prohibited banks and other financial institutions in the country from purchasing on the primary market bonds denominated in rubles and other currencies issued by the Bank of Russia, the National Wealth Fund (NWF) or the Ministry of Finance of Russia after June 14, 2021, and to provide the latter with loans.

If necessary, the sanctions on the Russian government debt can be expanded.

Earlier, The Wall Street Journal reported on the plans to introduce new restrictions on operations with the Russian national debt, citing its sources. Against the background of her message, the exchange rate of the ruble against the dollar and the euro fell sharply on the morning of April 15, and the main indices of the Moscow Exchange also went down.

TO THE UNITED STATES CONGRESS:

In accordance with the International Economic Emergency Powers Act (50 USC 1701 et seq.) (IEEPA), I hereby announce that I have issued a National Emergency Ordinance in response to an unusual and extreme threat to the national security, foreign policy, and economy of the United States. as a result of certain harmful external activities of the Government of the Russian Federation.

I have determined that the said harmful external activities of the Government of the Russian Federation – in particular, attempts to undermine the conduct of free and fair democratic elections and democratic institutions in the United States and its allies and partners; engage in and facilitate malicious cyber activities against the United States and its allies and partners; encourage and use transnational corruption to influence foreign governments; carry out extraterritorial activities against dissidents or journalists; undermine security in countries and regions important to the national security of the United States; and violate well-established principles of international law, including respect for the territorial integrity of states, represent an unusual and extreme threat to national security, foreign policy, and the US economy.

I am attaching a copy of the order issued by me.

Detailed explanation of the new sanctions mechanism for cooperation with Russia https://www.whitehouse.gov/briefing-room/presidential-actions/2021/04/15/executive-order-on-blocking-property-with-respect-to-specified-harmful-foreign-activities-of- the-government-of-the-russian-federation /

Moscow has already announced that it is necessary to consider the issue of abandoning the dollar and Western payment systems.

This is how the historical experiment over Russia with a march to the “civilized West”, which began in Perestroika, comes to an end miraculously, and instead comes the real “Cold War”, which, given the passion of the “democrats” for military solution of problems, can easily turn into a hot stage.

However, if you take the situation more directly, the introduction of a “state of emergency” can already be considered a declaration of war on an “economic war”.

Russia commented on the situation.