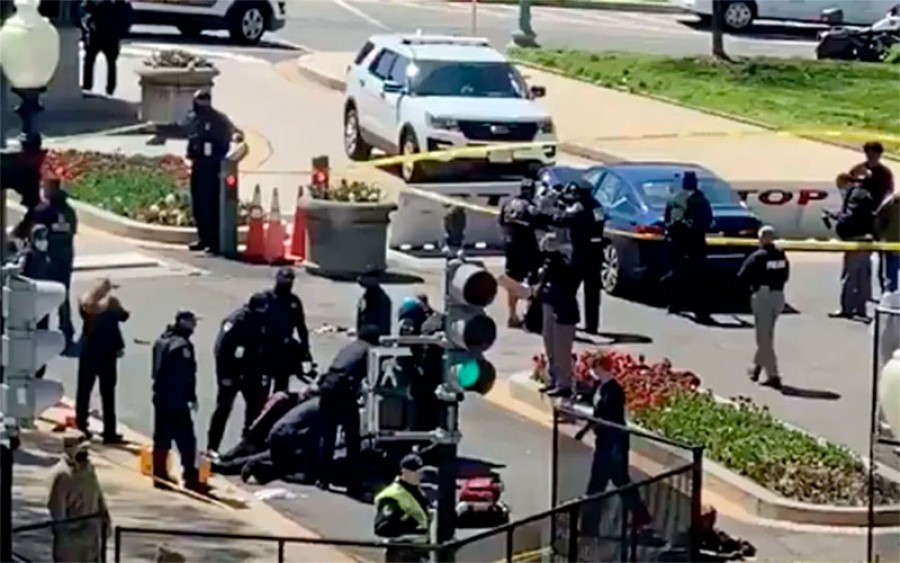 An unidentified man rammed a police car at the entrance to the Capitol complex, then ran out of the car and stabbed two police officers with a knife. The police opened fire and shot the assailant.

As a result, the attacker and two police officers who were in the car, which had been rammed by an unknown person, were taken to the hospital.

Soon there was information about the death of the attacker from gunshot wounds.

BREAKING – Multiple US Capitol police officers have been shot according to the radio. More police units rush to the complex.pic.twitter.com/t2hmyh0aYP

Earlier, the Capitol guard sent out a threat message to employees.

“Due to external security threats to all buildings of the US Capitol complex: the entrance and exit are currently closed. You can move around the entire building, but stay away from outside windows and doors. If you are outside, hide in cover,” message.

“The USCP has responded to reports that someone rammed a car carrying two police officers at the northern checkpoint along Constitution Avenue,” the Capitol Police said on Twitter.

In addition, a helicopter was seen over the area and passers-by were ordered to leave the area. Published videos show two people on stretchers being placed in ambulances.

The Capitol Police announced via Twitter that they would shortly inform the public of the incident.

The authorities have just begun removing the barbed wire fence erected around the Capitol in the last two weeks after the January 6 invasion of supporters of former President Donald Trump and this is such a nuisance.