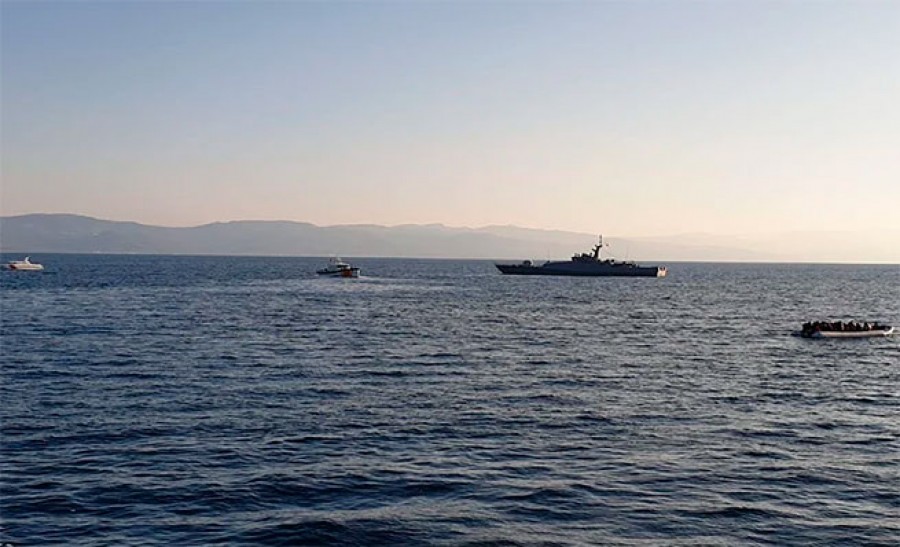 A Turkish coast guard boat attacked a Greek coast guard vessel near the island of Mytilini, while trying to lead 6 boats with migrants into Greek territory.

According to the Greek Coast Guard, citing video evidence, a series of incidents involving the Turkish Coast Guard took place this morning, northeast of Lesbos. From dawn to 7 am, authorities said a total of six attempts were made to break through by boats carrying migrants into Greek territorial waters: three east of Lesvos, two in the north and one in the south.

At the same time, the Turkish boats actually attacked their Greek colleagues, imitating a ram and leaving aside in the last meters.

A video posted by the Coast Guard shows a Turkish boat escorting a floating craft with migrants.

There were about 300 migrants on six boats. The last few days in the region there were unfavorable weather conditions with strong northerly winds, however, along with the improvement of the weather, a large landing of illegal migrants headed towards Greece.

According to the Athenian-Macedonian Agency, which cites a statement from the Coast Guard, none of these illegal boats were able to enter the territorial waters of Greece, as patrol boats and Coast Guard vessels did not allow migrants into them. According to the Greek security officials, all illegal immigrants were eventually taken by the Turkish coast guard. …