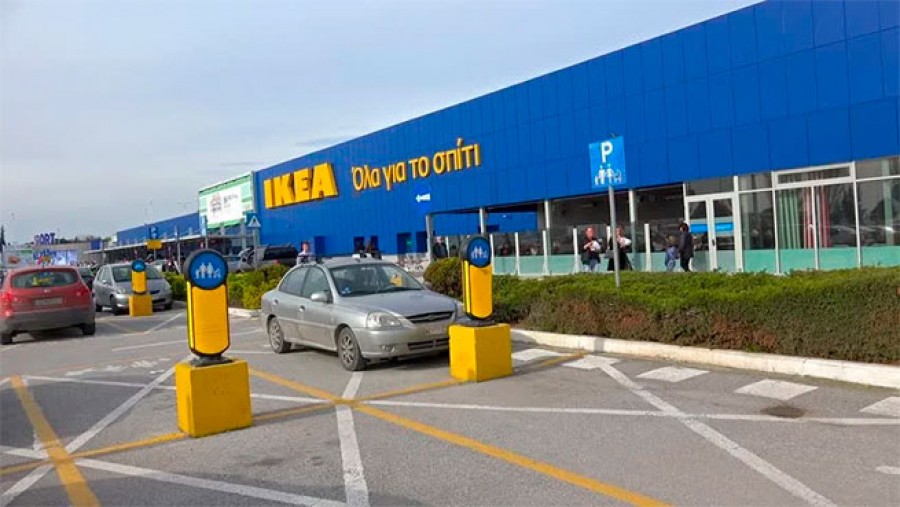 Only with the help of the click away method, five large IKEA stores (two in Athens and one each in Thessaloniki, Larissa and Ioannina) will operate from Monday 5 April, as the new additional restriction of up to 20 people in one store makes the work of large retail outlets unprofitable.

The Piraeus store will operate as usual (this is a small IKEA) and six pick-up points that the Fourlis group has developed in Greece.

The restriction on store entry to 20 people is of serious concern to the management of Jumbo, which has not yet decided whether it should open its regular (non-internet) stores for click away in Attica and all other areas that remained closed (Thessaloniki , Patra, Chalkida, Tripoli, Larissa, Corinth, etc.). It also raises doubts about the possibility of being in stores within 1-2 hours, especially in the case of IKEA (taking into account the road and the fact that these stores are not in the closest areas).

Recall that until now the number of people who were allowed to be in the store at the same time was determined according to the general rule – 1 person per 25 square meters, which is now used in supermarkets. However, in the new restart of retail trade, it was decided to put an additional restriction, according to which, even if according to the above rule there may be many more customers in the store, up to 20 will be allowed, and it does not matter, in a store of 500 m2 or 20,000 m2 (more than controversial decision).

Even chains that decide to open their physical stores next Monday that have a few square feet of space, such as DIY electrical and household appliance chains, point out that the solution is costly. They are looking for ways to shorten the time shoppers stay in the store in order to serve as many customers as possible. There are also many companies in this category that have approached the Ministry of Development for clarification on a number of practical issues, for example, how this will happen, namely, to apply to multi-storey stores, how to observe two parallel queues (one for those who made an appointment when buying using the method click away and one for those who made an appointment for click a shop), etc.

Finally, a sharply negative reaction is caused by the fact that shopping centers remain closed, even located in open areas, such as Discount Village McArthurGlen and Smart Park in Spata, which has 165 stores (except for a supermarket and a pharmacy).

However, according to rumors from the Ministry of Citizens’ Protection, all shops will be completely open before Easter.