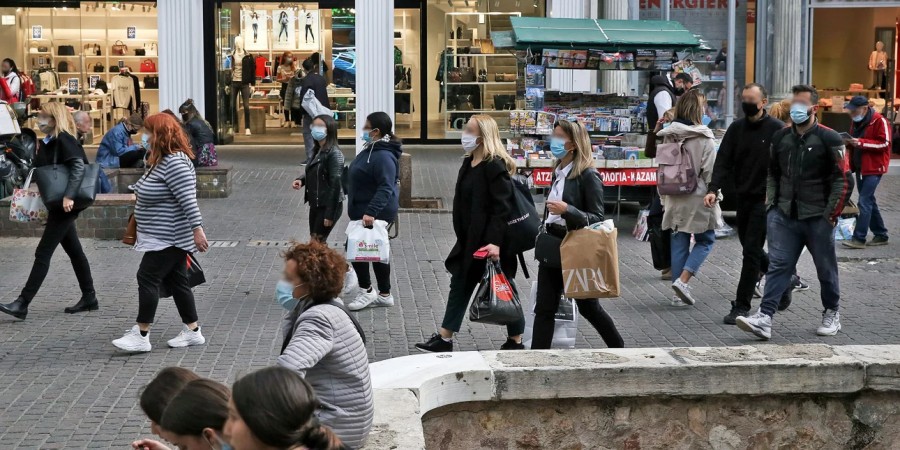 Slowly, as a first step, Greece is starting to gradually lift quarantine. At the same time, travel between municipalities will be allowed from this weekend.

As explained by competent sources iefimerida, inter-municipal movement is allowed from next Monday. Also, 3 hours are allotted for purchases, after sending an SMS message.

In addition, from next Saturday, travel between municipalities with code 6 will be allowed, but with restrictions:

Only for sports, physical activity in nature. Up to three people in the car (or family members). Only at weekends.

It should also be noted that within a week, movement from municipality to municipality for the purpose of visiting hairdressing and beauty salons by citizens was allowed (with an appointment).

The coming weekend of April 3 and 4 will be indicative. According to the authorities, if there is again a “pandemonium” in certain places and violations of regulations in terms of protection against coronavirus, the measure to ease quarantine (in terms of allowing movement between municipalities) will be revised.

Explanations of Georgiadis about inter-municipal travel
Speaking Thursday morning on ANT1, Adonis Georgiadis clarified the provisions that are coming into force. As for the retail trade, the Minister of Development noted that if the next week goes smoothly, then the next in line is the opening of large stores (shopping centers).

Mr Georgiadis explained that “the number 13032 to which SMS should be sent is for shopping at retail stores. We understand that this area has been under intense pressure because it has been closed for so long. The opening applies to all stores, except for shopping centers. “

“As for shopping in stores, you can move from municipality to municipality. The consumer makes an appointment at the store. In this case, say, he himself can live in Kifissia, and the store is located in Glyfada.

We send an SMS with the code 6 to number 13032. When visiting a trade enterprise, it is necessary to observe distance measures and the established number of customers in the store. If you have a second, third, fourth and fifth shopping meeting, you can do it within three hours, “explained Mr. Georgiadis.

It was also noted that “when making an appointment, you need to receive a reply SMS or email from the store as confirmation of the scheduled appointment so that you can check it. In addition, you will not be able to send a second SMS to go to the manufactured goods store during of the day. “

Regarding the movement from municipality to municipality using the code 6 in sms to 13033, with up to 3 people or a family in the car, Mr. Georgiadis said that “citizens can move anywhere within the same regional unit in the territory or inside Attica if they are residents of the region. “

Regarding fishing, the minister explained: “Provided that inter-municipal movement is allowed on weekends, it is possible to engage in fishing within the established territorial boundaries.”

As for the gyms, the minister said that it is impossible to open them at this stage.