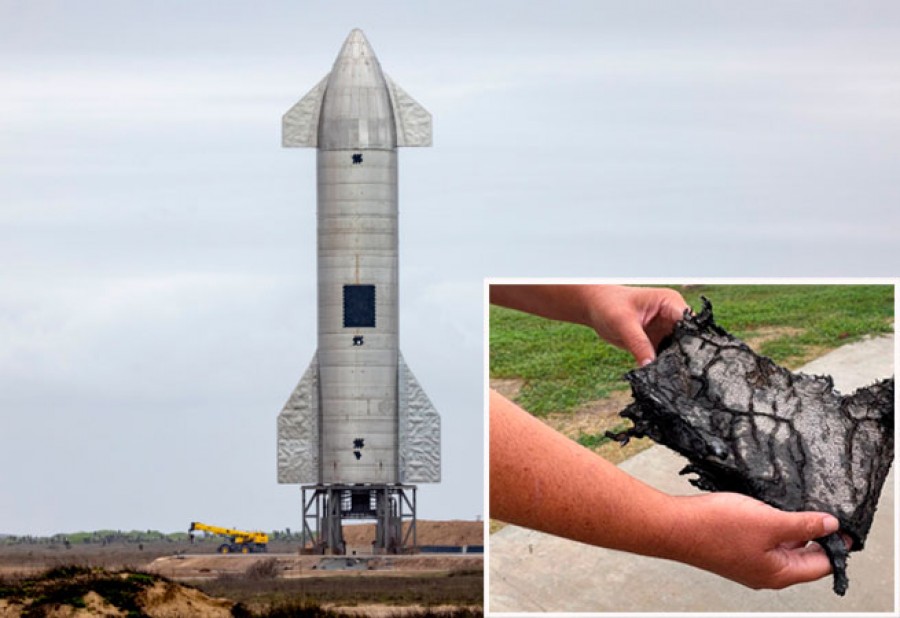 The fourth test flight of the SpaceX Starship rocket failed, like the previous three, as the prototype of the spacecraft exploded again, the founder of the company Elon Musk said on Twitter.

During the descent, “something serious happened.” “We’ll have to find out what it was after examining the wreckage later today,” he wrote in his post, jokingly adding, “At least the funnel is in the right place!” The SN11 rocket was launched from Starbase in southern Texas at about 15:00 (Athens time) and began to climb to an altitude of 10 kilometers. There were problems with the live broadcast of the test, and as a result, it stopped during the descent.

“It looks like engine # 2 had trouble lifting and didn’t reach chamber operating pressure on landing, but in theory it wasn’t necessary. Something important happened shortly after the engines were turned on during landing. A little later today we will be able to study the details and understand the reason that it was, ”he said.

SpaceX’s chief integration engineer, John Insprucker, noted that thick fog in the area prevented the company from displaying images from cameras other than those on the rocket itself. “The frozen video that we saw in the camera does not mean that we are waiting for the signal to return – Starship 11 will no longer turn on. Don’t wait for the landing, ”he said. “It looks like we lost all the data from the car, and the team is, of course, away from the landing site, so we’ll be there to see what happened.”

Starship SN11 came down hard. Debris came flying past the @NASASpaceflight camera near the pad and even appeared to knock it a bit. pic.twitter.com/Wo9T4Im5ug

At the same time, small fragments of SN11 even flew to the cameras of outside observers, located at a distance of about 200 meters from the explosion site. On the recordings from these cameras, in fact, nothing was visible due to the weather conditions.

Our last views of SN11’s flight!

According to the official broadcast, the rocket successfully launched, climbed to a predetermined altitude of 10 km, after which it turned off the engines and performed the usual landing maneuver. At an altitude of about 1 km above the ground, its engines lit up again, and the broadcast was turned off – the prototype could not sit down successfully.

SN11 was the 11th prototype of the Starship rocket that SpaceX hopes to send to the moon, Mars and beyond, while being fully manned. It was the 4th prototype, which tried in vain to return to Earth and land vertically. The SN8 and SN9 rockets were launched in December and January respectively, but crashed and exploded, and on March 3 SN10 managed to land and it also exploded a few minutes later.