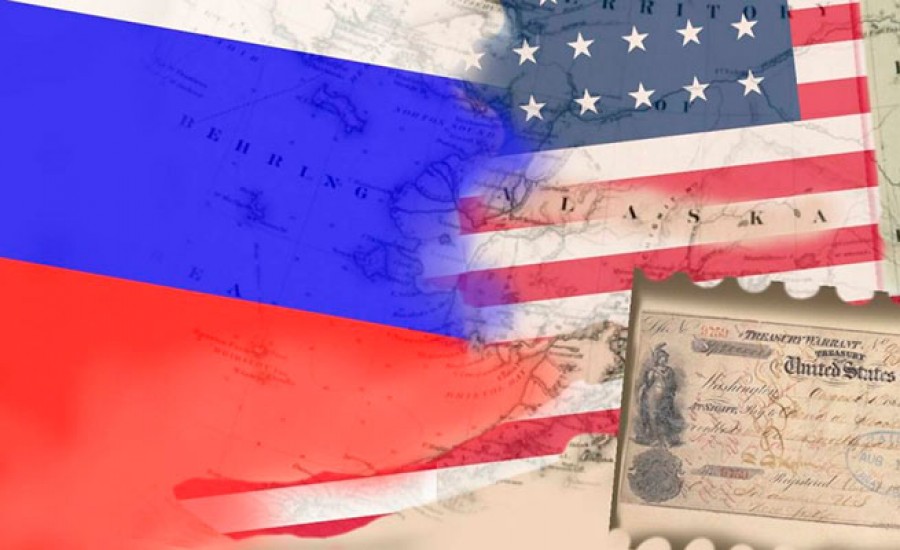 Almost 155 years ago, on March 30, 1867, an agreement on the sale of “Russian America” ​​was secretly signed in Washington at night, after which Russia lost its possessions on the North American continent. Why did you need to do this? And was it necessary to sell them? This mysterious and mythical topic has repeatedly attracted the attention of historians from different countries, and interest in it has not been lost to this day.

To begin with, Alaska is a US state rich in natural gas, timber, gold-bearing ores, “black gold” and other minerals. In addition to the value that Alaska represents for the economy, it is also distinguished by unusually beautiful nature and picturesque landscapes.

The first natives came to the territory of the modern state of the United States about 20,000 years ago, and since then travelers have visited Alaska more than once. The Russians were the first Europeans to set foot on the misty shores of a distant continent, but this information is inaccurate and fragmentary. Therefore, for Russia, the history of Russian Alaska began in the middle of the 18th century, after the journey of a Russian expedition that discovered this continent. The participants collected a large amount of scientific information and brought with them to Russia the furs of sea otters, which created a real sensation among the merchants.

In 1784, the first Russian settlement was founded, the development of new territories began: churches are being built, many aborigines are baptized, the extraction and sale of fur is going well. So why, after years, was the decision to sell Alaska made?

One of the reasons was that in the early 60s of the 19th century, Russia was in crisis after the defeat in the Crimean War (1853-1856). To get out of it, to raise the economy and restore prestige in the international arena, it took time, effort and money.

And the colonization of Alaska, meanwhile, proceeded very slowly, there were few Russians and periodically serious problems arose with the natives, whom American and British merchants supplied with weapons and set against the Russians.

Also, by the middle of the 19th century, due to the uncontrolled destruction of animals and the plundering of fur by fur traders, the fur trade began to decline, and “Russian America” ​​began to be perceived as an unprofitable territory. It was proposed to develop and populate the Far East, where the climate was much milder and the land was more fertile.

The most interesting is the fact that at the court they knew about the presence of gold, its production was carried out not far from the borders of the Russian territory. But this knowledge was rather frightening, since it would be impossible to protect the borders if hundreds of miners showed up. Alaska was in the long months of the sea route from St. Petersburg. If the Americans or the British take up a remote territory seriously, then they will not be able to fight on an equal footing – the navy was weakened, and the distances are too great.

So, an important decision was made to cede unpromising possessions that Russia was unable to defend. The negotiations were lengthy and complex, which resulted in a total of $ 7.2 million. It is curious that this is how much the building in Washington cost, in which an agreement was signed on the sale of such a huge territory.

Both in Russia and in America, the common people greeted this news without much joy. The Americans considered the purchase of the “ice chest” thoughtless and unreasonable, and the Russians accepted it with despondency, believing that “where the Russian flag was once raised, it should no longer be lowered.”

Of course, the proceeds from the sale of territories were insignificant and lost against the background of the empire’s gigantic annual expenses. Many people wonder where the money went. This moment in the history of the sale is the most mysterious. According to one version, it is believed that Russia did not receive this money at all, since it sank along with the ship carrying it. On the other hand, part of the money went to bribes to the US Senate and to remunerate the participants in this operation, while the bulk of the money “settled” on the accounts of influential Russian politicians. According to the third, the money went to the purchase of railway equipment.

The State Archives of the Russian Federation contains a document confirming the receipt of money from the sale and also recorded the purchase of steam locomotives and equipment for the railways on them. This seems to be the most plausible version. However, the inaccessibility of reliable information does not cease to give rise to new fantasies.

I would also like to mention one more legend that is “walking” among the people. It talks about the gift presented to America by Catherine the Great in the form of Alaska. This legend was promoted by the popular song of the group Lube “Don’t play the fool, America!”, Which was written in 1992. One of the lines read: “Catherine, you were wrong!” This is followed by words with a request to return Alaska back to Russia. Since the song became a hit in the 90s, many people still think that Catherine II gave Alaska to America. But, of course, she had nothing to do with this, and by the time the agreement was signed, she had already completed her reign for 70 years. In the song, the Empress was probably mentioned because she supported the independence of the United States from England in 1776.

There is also a widespread myth that Russian properties were leased for a specific period. This period, they say, has passed, and Alaska can be taken back. There is no ground for this statement, because, according to the treaty of 1867, the land finally and irrevocably passed into the full ownership of the United States.

Now, of course, one can be indignant, criticize and challenge the decision of the tsarist government. But at that time, perhaps it was the only correct one. The Russian Empire, after losing the Crimean War, did not have the necessary resources to establish a normal life in a distant colony. Those who still advocate the return of Alaska should remember that there is no shortage of territories in Russia, it is the largest country in the world. And perhaps it is better to think about improving life on the vast Russian land than indulging in fruitless dreams of a distant “Russian America”.