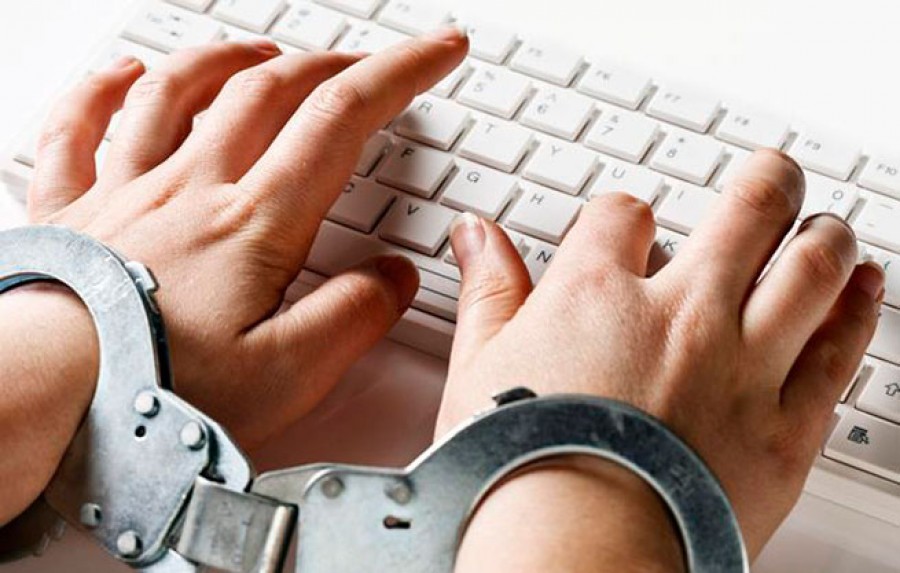 The repressive goal of the Democratic-controlled Congress is to hand over power to the police and censor political discourse with the help of these tech giants.
For more than five hours Thursday, a House committee, along with two subcommittees, harassed three tech leaders, repeatedly demanding that they censor political content on their platforms and promising to take legal retaliation if they fail to comply. The hearings were one of the most overwhelming manifestations of Congress’s growing authoritarian efforts to control political discourse through these campaigns, for its own political interests and goals.

As I noted when announcing the schedule for this hearing last month, it was “the third time in less than five months that the US Congress has summoned social media executives with the clear intent to pressure and force them to censor more content from their platforms.” … The bulk of Thursday’s lengthy hearings consisted of one Democrat, following a previous one, complaining that Facebook CEO Mark Zuckerberg, Google / Alphabet CEO Sundar Pichai and Twitter CEO Jack Dorsey had failed in their duties of censoring political voices and ideological content that these elected officials consider dangerous or harmful.

Republican committee members have largely limited their claims to the opposite concern: these social media giants have overly drowned out conservative voices in order to advance a liberal political agenda (this complaint is only partially true: significant online censorship, such as increased internal oversight of law enforcement in general , focuses on all ideologies directed against the establishment, not just against the right). This editorial censorship, many Republicans insisted, made the immunity of technology companies obsolete, as they now act as publishers rather than just neutral messengers. Some Republicans have indeed joined the Democrats in demanding more censorship, although they say they did so in the name of protecting children from mental illness and predators, not ideological conformity.

As they did in previous hearings, both Zuckerberg and Pichai spoke like the super-scriptwriters, the programmed automatons that they are, seeking to please their Congressional overseers (although they occasionally issued unnecessary warnings that excessive “content moderation” could cripple free political discourse). Dorsey, on the other hand, seemed to have come to the end of his line of patience and tolerance for the banal, idiotic demands of the censorship, and barely bothered to hide this indifference. At one point, he categorically stated in response to demands that Twitter do more to remove “misinformation”: “I don’t think we should be the arbiters of the truth, and I don’t think the government should be the same.”

In particular, Zuckerberg has minimal ability to communicate the way humans do. The Facebook CEO has apparently been instructed by the public speaking advisory team that it is customary to refer to committee members as a “congressman” or “congresswoman.” Thus, he began literally every answer, which he gave even to quick questions, with this word. He simply refused to move without it for five hours (although, in fairness, Zuckerberg’s interrogation was often absurd and unfounded). His brain does not allow himself to deviate from the script, no matter how appropriate. For each question he was asked, he paused for a few seconds, forcing his internal algorithms to search for the appropriate place in a metaphorical cassette inserted into a hidden box in his back. He spoke the word “congressman” or “congresswoman”, paused for a few more seconds to find the next suitable spot in the spine cassette, and then, without blinking, continued repeating the words slowly transmitted to his neurons. You could almost see the gears spinning painfully in his head as the cassette rewinds or rewinds. This tortuous ritual took up about thirty percent of the listening time.

I have never seen members of Congress representing the entire ideological spectrum as united as their inner contempt for Zuckerberg’s inhuman behavior:

But it is very important not to lose sight of how truly despotic such figures are. This is easy to overlook because we are so used to political leaders successfully demanding that social media companies censor the internet according to their whims. As a reminder, the Parler app, which was the nation’s most downloaded at the time, was removed in January from Apple and Google Play stores, and then denied online services by Amazon only after two very famous Democratic House members publicly demanded this. In a recent congressional censorship hearing, Senator Ed Markey (D-MA) made it clear that the Democrats’ grudge is not that these companies are censoring too much, but rather not enough. One Democrat, after a hearing the following Thursday, described all the content on the Internet that they want it to disappear. Many of them have stated this directly.

At some point near the end of the hearing, Rep. Lizzie Fletcher (Texas), in the context of the January 6 riots, actually invited the government to compile a list of groups that they unilaterally consider “domestic terrorist organizations” and then submit it to technology companies as a guide to discussing which statements they should “track and delete”: in other words, treat these groups in the same way as ISIS and al-Qaeda.

It is impossible to convey in words how frightening and authoritarian all this is: hour after hour government officials are watched, who demand censorship of political speech and threaten punishment for disobedience. As I detailed last month, the US Supreme Court has repeatedly ruled that the state violates the First Amendment freedom of speech guarantee when it coerces individuals to censor in their place, in the name of the tyrannical purpose to which these hearings were particularly dedicated.

There are real problems with Silicon Valley’s monopoly power. Monopolies pose a threat to both political freedom and competition, which is why economists of most ideological beliefs have long insisted on the need to prevent them. There are a number of encouraging laws before Congress, with bipartisan support (including on the House Antitrust Subcommittee I spoke to a few weeks ago) that will take meaningful and productive steps towards weakening the irresponsible and undemocratic hold of these monopolies in our political and cultural life. If these hearings were about the substantive examination of these antitrust measures, they would be noteworthy.
But this is hard and difficult work, and this hearing is not about that. They want the worst of all worlds: to maintain monopoly power in Silicon Valley, but to transfer enormous threatening power to control our performances from these companies into the hands of Congress and the Democratic-controlled executive.

And, as I have documented many times, not only are Democratic politicians campaigning for increased political censorship, but also their liberal journalist allies cannot tolerate the fact that there may be some places on the Internet that they cannot control. It’s the petty tyrant-wannabe mentality that has forced them to control the “unlimited” discussions about the new communication app Clubhouse and intensify their efforts to remove writers they don’t like from Substack. Just today, The New York Times warns on its front page that Google-powered podcasts are “unfiltered” discussions.

We are taught from childhood that the hallmark of repressive regimes is that politicians have the power to silence ideas and people they dislike. Conversely, what makes the US a “free” society is to ensure that American leaders are prohibited from doing so. It is impossible to reconcile this statement with what happened in the House of Representatives courtroom for five hours on Thursday.