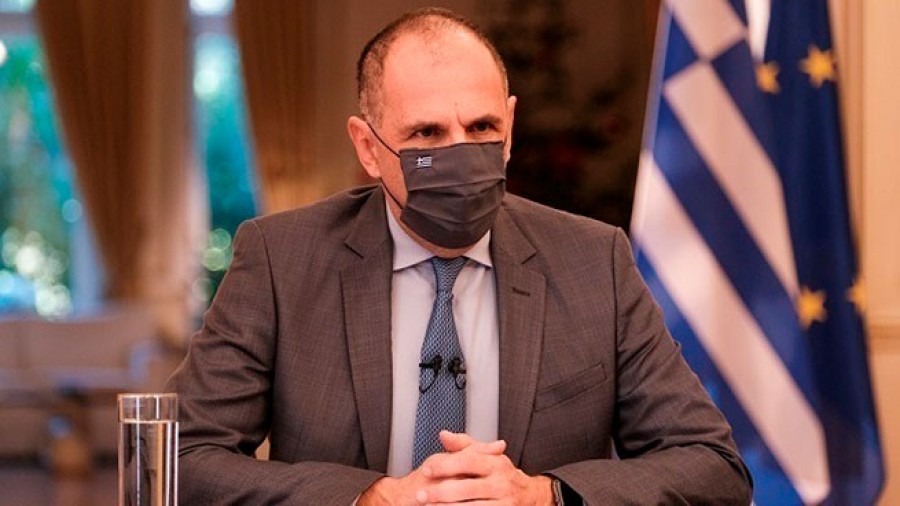 In a conversation with journalists from SKAI radio station, State Minister Georgios Gerapetritis said: the logic is to use good weather to guide citizens out of the city’s crowds, to open spaces.

According to him, the list of measures that they plan to consider on Wednesday will be the liberalization of inter-municipal traffic so that citizens have access to travel outside the cities, to the countryside, to the mountains and the sea, and thus reduce the number of people gathering in cramped urban areas. squares and houses.

He also noted that the reopening of schools, especially secondary schools, would be seen, like the resumption of retail, under strict conditions, in the context of the gradual de-escalation of restrictions.

Answering a question about Easter, Mr. Gerapetritis said that it is too early to talk about it, but he reassured by saying that “this Easter will be much better than last year.”

At the same time, the minister stressed the need “to remain vigorous and patient, and to follow security measures for several weeks.” At the same time, he stressed that if the April crisis is overcome, everything will be fine, given the progress in vaccination.

Government sources have previously reported that they are considering “prudently returning populations to open spaces. With an emphasis on activities that do not significantly contribute to the transmission of the virus, with measures such as the use of masks and distances.” This refers to an unreasonable ban on visiting forests, embankments and country houses (dachas), as well as restrictions on fishing and sports training at sea, which, however, the population ignored from the very beginning, looking for any ways to violate the ban.

In addition, from Thursday the temperature will start to rise to 20 degrees Celsius, which is conducive to outdoor activities. Since scientists are convinced that the spread of the third wave was mainly due to the fact that the population was sitting at home, the discovery of displacement would transfer social life to open spaces, which would entail a weakening of the third wave.

Finally, the third reason, which leads to the weakening of prohibitions, is associated with a very good progress in vaccination… According to Akis Skertsos in the Cabinet of Ministers, 1 609 774 vaccinations were made (until yesterday), with a population coverage of 10.1%. The average number of vaccinations per week (7 days) is 224,018 and scheduled visits are 1,993,733. This means that every week the immunity wall is being built at a steady pace that can be combined with the opening of schools.

Therefore, it is very likely that from next Monday retail trade will open along with lyceums – possibly with gymnasiums – while the inter-municipal movement will be open. As for the retail trade, the buyer will be given the opportunity to make purchases only once a day by sending sms to the new 5-digit phone code 13032, which at the first stage is considered uncontrolled mobility. The next important step will be the opening of restaurants and cafes, which have been closed since November.

Recall that the Committee on Infectious Diseases will meet on Wednesday to consider the next steps and measures that could be implemented without deteriorating the epidemiological picture. but government willingness to relax includes the fact that, despite the pressure on ICUs, the gap between admission and discharge is constantly narrowing.