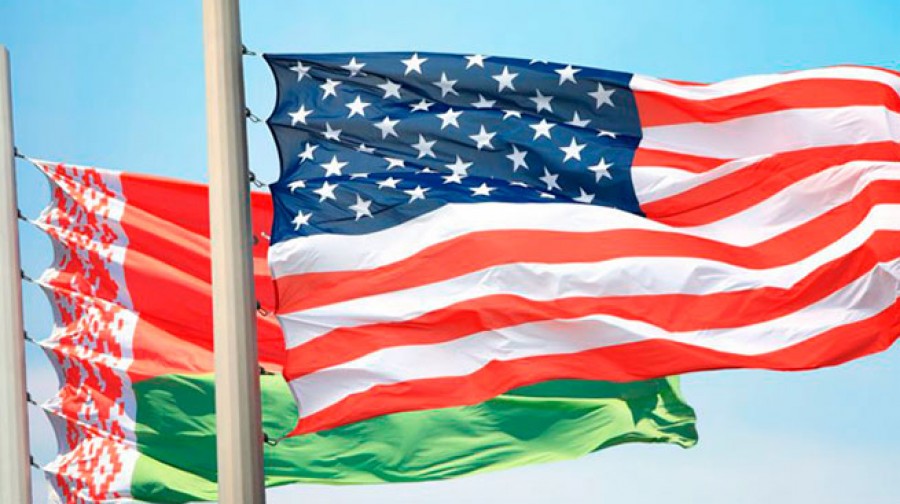 The Foreign Ministry of Belarus supports the aspirations of the American people for a better future, and is also ready to help govern Alaska. This is how Belarus responded to the congratulations of the US Embassy on Freedom Day.

The Belarusian Foreign Ministry harshly trolled its American counterparts, pointing out their own problems after the American diplomatic service in Minsk published a statement in connection with the 103rd anniversary of the proclamation of the BNR. According to the Belarusian diplomats, “these statements are mirrored in relation to the modern realities in the United States, the split in society there and the relevant problems. In practice, Belarus has always advocated and continues to advocate the principle of non-interference in the internal affairs of other states, which, on the contrary, does not disdain a number of foreign partners “.

“In connection with the statement of the US Embassy on March 25, 2021, we express our sincere gratitude to the American side for finally showing their readiness to transfer bilateral rhetoric into a constructive channel and for congratulating them on a significant date in the history of our country. We will only welcome the spread of this practice on public holidays, ”the commentary says. “We admit our mistakes and take this opportunity to apologize for the lack of congratulations on the recent 160th anniversary of the adoption of the Constitution of the Confederate States of America, whose flag is still dear to many Americans. At the same time, the BLM movement throughout the country has tens of millions of participants. ”

The Foreign Ministry stated with regret that today the American society is deeply divided, and quoted the current US President Joseph Biden: “I am completely focused on uniting America, uniting our people, uniting our nation … The forces that separate us are very deep and strong … Let’s start over. Let’s start listening to each other, perceiving each other, seeing each other. ”

“We also support the aspirations of the American people for a better future – on this day and every day! Therefore, we believe that only a genuine inclusive dialogue will help the American nation unite at this difficult moment in history. As a disinterested gesture of goodwill, Belarus, having experience as a platform for negotiations within the framework of The TCG (trilateral contact group for resolving the situation in Ukraine. – BelTA note) is ready to offer its services in organizing such a process. We will provide any assistance we can, including with the involvement of our partners in integration structures, ” service of the Ministry of Foreign Affairs.

It noted that, although more than two centuries have passed since the declaration of independence, recent events in the United States show that the American struggle for freedom is still ongoing: “Currently, hundreds of thousands of Americans of all ages are publicly demanding the right to determine the fate of their country. the price for trying to make their voice heard, since the current administration even had to use deadly weapons and shoot several people in order to stay in power and consolidate the election results. ”

“We admire the courage and determination of American heroes, including Julian Assange, Edward Snowden and Chelsea Manning, who sacrificed almost everything for the sake of true freedom and harmony in American society. Belarus, together with the American people, looks forward to the day when an ordinary American can walk freely and without hindrance near the Capitol, “the press service of the Foreign Ministry said.

The Belarusian Foreign Ministry is also grateful to the appointed US Ambassador to Belarus Julie Fisher for “an invaluable hint to the entire Belarusian people when and how to hold elections.” “Of course, our Belarusian primitive and meager thinking would never have allowed us to resolve this issue ourselves. As a sign of incredible gratitude, the Foreign Ministry is ready to accept Her Excellency’s application for Belarusian citizenship out of turn in order to include her in the voter list and give her the opportunity to vote. the same can be done without citizenship, on some recognized electronic platform by Julie Fischer, “the department sarcastically.

“We cannot but respond to the helping hand extended by the American side in the conduct of the elections. Such achievements of the American electoral system as voting by mail and the electoral college instead of direct expression of will can be claimed and studied by the Belarusian side,” the press service stressed.

“Deeply imbued with the US attention to the fate of Belarus, as a response step, we can make a disinterested contribution to the development of agriculture in Alaska and the effective development of its lands. In this regard, we are ready to consider the possibility of joint management of this territory. transfer of experience and assistance to residents of southern states in overcoming the consequences of natural disasters. ”

“We sincerely wish the unity of the American people, and also, without stumbling, climb the ladder of the American dream. We hope that the positive trend in our relations will continue and we will jointly come to the moment when we can happily welcome the US Sixth Fleet at sea borders. Belarus! ” – summarized in the press service.

The US Department of State has not yet reacted to the message of their Belarusian colleagues. Apparently the unforgettable Jane Psaki still got to the map and is furiously looking for a strait through which the US Sixth Fleet can approach the maritime borders of Belarus. Well, as they say, “the flag is in their hands.”