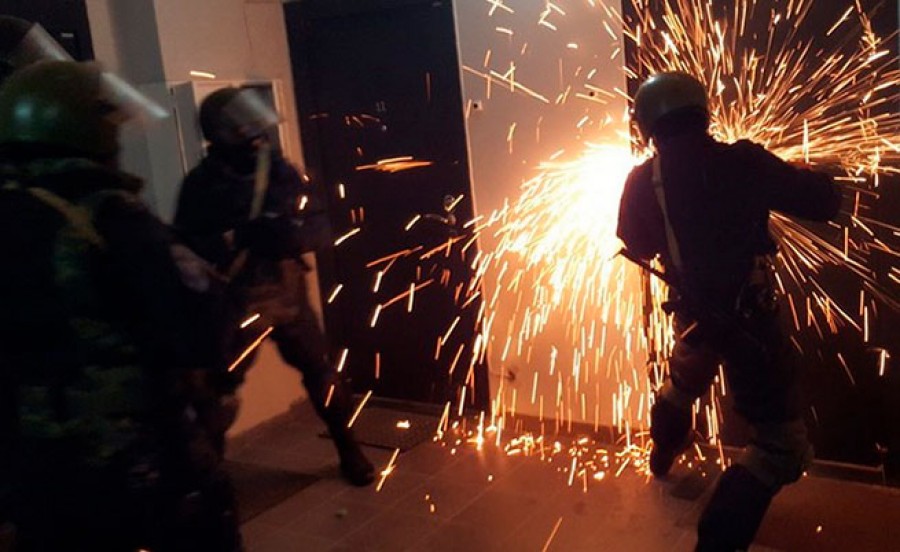 In Odessa, six police crews cut out the door to a cafe with a grinder, where the party took place during the lockdown, the Telegram channel reports. OS…

In Odessa, Mash Taproom on Lanzheronovskaya, 28 decided to continue working, despite the quarantine. And when the locals called the police for a loud party, the visitors decided to barricade themselves. Two police officers arrived at the scene of the incident. However, the owner of the establishment and his son attacked them while intoxicated.

After that, six police crews arrived at the scene of the incident. And to open the door, I had to call the employees of the State Emergencies Service – they cut it out with a grinder. The intruders had to be handcuffed, after which they were sent to the local police station.

Ukraine from March 20 to April 9 in most cities of the country introduced a strict lockdown. At the same time, the Minister of Health Maxim Stepanov said that he would not introduce it in the entire country yet. He predicted that the COVID-19 outbreak would last until the end of April.

It is worth noting that such parties are held quite often in Greece. And the police learn about them from the words of the “outraged” neighbors. Two of these were dispersed by police in Thessaloniki last Sunday. True, the doors were not knocked out there …

Musician Konstantinos Kutsavakis, 24, organized a party a few days ago in a warehouse on the ground floor in the Evosmos area. However, someone “snitched” on them, and the police arrived at the place of fun.

Five guests were fined, 300 euros each, for violating the travel restriction, and the 24-year-old musician was fined 3,000 euros and arrested. The misdemeanor court of Thessaloniki, where the offender was taken, sentenced him to four months in prison with a three-year disqualification.

The musician gave an interview to Mega TV journalists, where he said: “Nobody can forbid me to play D major for the sake of my own life.”

Another 28-year-old foreigner was arrested early Sunday morning by police in the Xirocrini area of ​​Thessaloniki because he was hosting a party in his apartment, ignoring the pandemic measures. The man was fined 3,000 euros as an organizer, and four others who were in the apartment were fined 300 euros each.