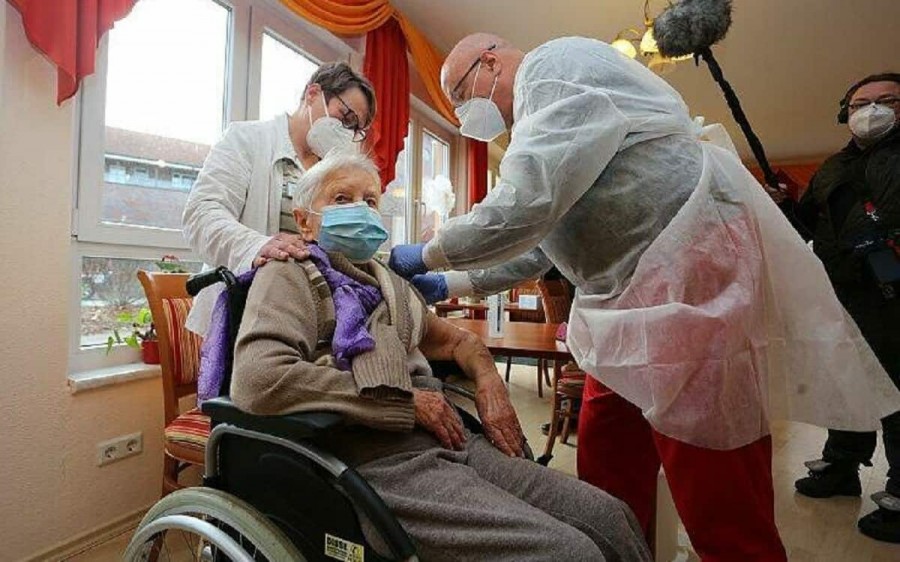 The winner of the battle against the coronavirus was a 101-year-old resident of Magnesia, who was discharged in full health from the Volos General Hospital.

Mrs. Olga managed to deceive the deadly virus. The long-liver is the second oldest patient to recover from COVID-19 in Greece. The first reported case concerns a 102-year-old woman from the island of Kerkyra.

According to the local newspaper Ταχυδρόμος, the story of the grandmother who defeated the coronavirus “inspires hope in the hearts of all the inhabitants of the planet.”

Ms. Olga Kontogiorgi lives in the Γηροκομείου Καναλίων Σουρλίγκειο nursing home. She was discharged from Achillopuleio Hospital in Volos after 40 days of hospitalization.

Grandma – “to the envy of everyone”

Ms Olga was admitted to the hospital on January 27 when she developed symptoms. Doctors have confirmed the presence of coronavirus. The grandmother was infected along with other residents of the said nursing home.

Initially, her health did not deteriorate much. The clinical picture of the disease was much better compared to other patients brought from a nursing home. However, the doctors did not hide their concern. Their fear was mainly related to the complications that the disease could cause due to old age. And yet, the grandmother showed everyone a “dummy”. Like, “you won’t take ours,” we’ll wait a little longer!

The old woman did not even have to be hospitalized in intensive care. At the same time, 10 of her acquaintances fought the deadly virus until their last breath.

Ms Olga’s hospital stay was limited to simple treatment. She wasn’t even intubated! The patient had a mild fever and some respiratory problems, which healed without being connected to a ventilator.

The grandmother was discharged on March 8 after testing negative for COVID19. She walked out of the room on her own and got into an ambulance, which took her back to the nursing home. The long-liver lives there permanently, since all her relatives have long since died.