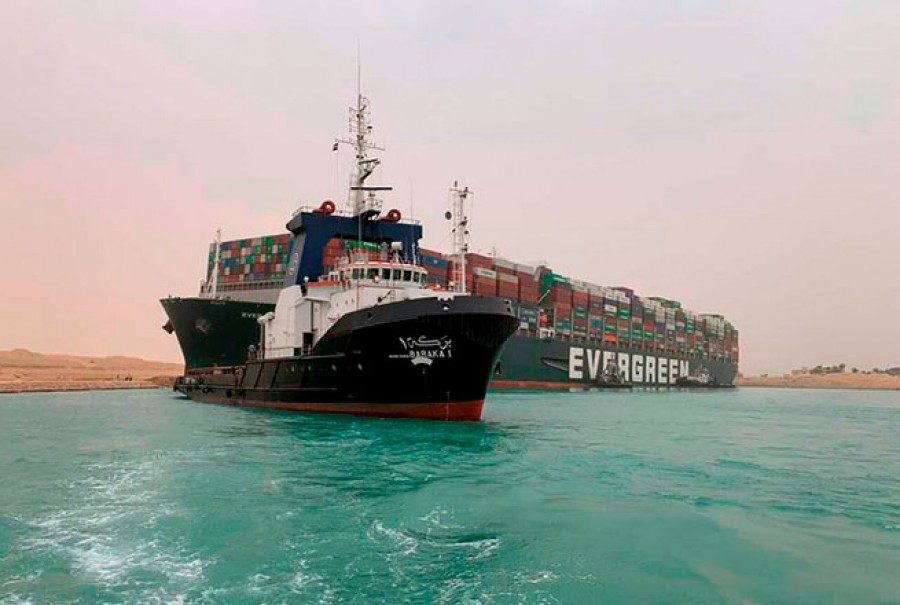 Engineering crews have partially recovered the container ship Ever Given, which had blocked the Suez Canal, in an incident last week. This was reported by the press service of the Suez Canal Administration (SCA).

The vessel was successfully refloated at 04:30 local time, while it is under guard, according to Inchcape, which provides maritime services.

“As a result of the maneuvers, the ship’s course has changed by 80%, and its stern is removed from the coast by 102 meters. It is planned that maneuvers will resume again when the water level rises to a maximum height between 11:30 local time to 2 meters, which will allow completely change the course of the vessel and align it to the middle of the channel, ”the press service said.

BREAKING: EVER GIVEN ship has been UNSTUCK & Moving into #Suez Canal after 6 Days !!

Egyptian crew managed to float it moments ago. It’s 5:42 am there: pic.twitter.com/GoMlYjQerL

A video was also posted on social networks where the ship began to move. At least 369 ships were waiting for the channel to resume traffic.

More than a dozen tugboats are now trying to align the container ship along the canal. According to SCA chief Lt. Gen. Osama Rabia, the international maritime community will be able to resume navigation along the canal as soon as the vessel is fully evacuated from the shallows and towed to a wider area in the Great Bitter Lake area for technical inspection.

Rabia noted that it may take about a week to remove all ships that have accumulated there from the canal.

Two previous attempts to get the ship aground, made in the last 24 hours and at high tide, have failed. Additional tugboats joined the operation on Sunday. If the third attempt failed, then work would begin to unload the vessel in order to reduce its total weight, which is 220 thousand tons. Such an order was made by the President of Egypt, Abdel Fattah el-Sisi.

On Saturday and Sunday, rescuers tried to use the high tide to free the ship. At the same time, dredgers removed thousands of tons of sand and silt from under his nose. Reportedly, they managed to move more than 27 thousand tons.

The Suez Canal is a lock-free shipping canal that connects the Mediterranean and Red Seas and provides the shortest sea route between Europe and the regions around the Indian Ocean and Western Pacific Ocean. 10-12% of the world sea freight turnover passes through the canal. The canal is 160 kilometers long, up to 350 meters wide, and 20 meters deep.

According to Lloyd’s List evaluation, each hour of channel downtime costs the global economy $ 400 million. To date, losses are estimated at more than US $ 4 billion.

According to SCA, 19,000 ships passed through the canal during 2020, or an average of 51.5 ships per day, with a net tonnage of 1.17 billion tons. About 12% of world trade flows through an artificial channel, which is the main source of hard currency for Egypt.