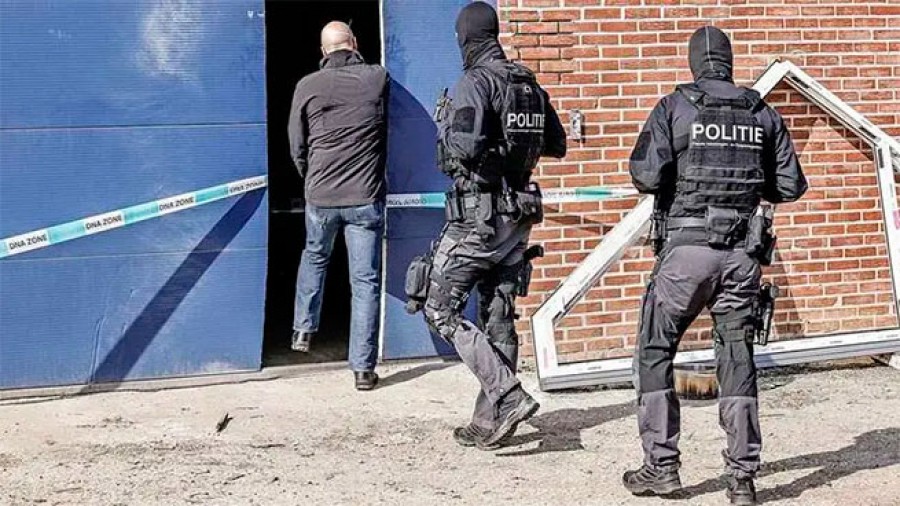 Dutch police have covered two clandestine factories producing counterfeit cigarettes. Detained more than two dozen workers with passports of Poland and Ukraine, who worked in slave conditions and spent the night in these factories.

How Ukrainians become slaves in illegal factories in the EU

Lived in barns and worked for a bowl of stew

The Dutch factory, where the Ukrainians were kept in a black body, turned out to be huge, informs Ukrainian edition “Country”.

“The owners have multi-million dollar profits. They produced more than a million cigarettes a day. The state in these factories lost a quarter of a million euros in excise taxes a day. The police seized more than five million cigarettes, ten thousand kilograms of tobacco, 800 kg of hookah tobacco and materials for the production of hemp. If these cigarettes and tobacco were sold on the Dutch market, Holland would have lost about 8.5 million euros in excise taxes. The illicit production and sale of cigarettes is becoming more profitable due to rising prices for cigarettes, a pack costs 6-7 euros. is intended for sale on the British market, where tobacco products are even more expensive than in the EU.

Serious criminal groups are often behind the trade. Over the past five years, about 40 factories have been shut down. The equipment for them usually comes from Eastern Europe. Factory workers are often secretly housed in appalling conditions in the sheds where the factories are located. The Ukrainians who were detained during the raid were kept like cattle. They worked, figuratively speaking, for a bowl of stew and a couple of euros a day, so that a month did not come out even hundreds, “Dutch Telegraaf journalist Mick Van Wely told Strana.

The “employers” scheme is as follows. For workers who enter Europe on fake documents (and it is difficult to get into the epidemic otherwise, except for seasonal work), intermediaries promise a standard salary of 1-2 thousand euros and, say, work on a farm.

Despite the closed borders, more and more Ukrainians, due to poverty, illegally enter Europe, where they often fall into labor slavery, literally working hard for food. Many have their passports taken away and forced to plow for a penny in inhuman conditions.

“They are taken, for example, to the same Holland, promising favorable conditions, and on the spot they are settled in a barn, take away their passports, telephones and are forced to work in heavy industries, the same underground tobacco, which are numerous in Europe and which are usually covered by immigrants from Eastern Europe They strip seven skins, pay some symbolic salary and feed them. They sleep on mattresses or even on planks. These are literally slaves. Some run away and hire new ones. After all, the flow of migrant workers is not interrupted, despite the closed borders. Complain to the police. they cannot, because these are illegal immigrants. And the worse life in Ukraine, the more Ukrainians will be hired in Europe. Therefore, the main rule is not to give the passport under any circumstances, to check the intermediary firm, “the expert says to Strana on migration Ruslan Pasternak.

After being detained, the migrant workers may face jail time for illegal production of cigarettes.

Underground factories with Ukrainians – all over Europe

The Dutch case is the second in the last month when an illegal tobacco factory, where Ukrainians worked, is being shut down. A similar clandestine production was found in early March in the Danish city of Vamdrup and detained 13 men from Poland and Ukraine, from 32 to 70 years old. Several million cigarettes and professional production equipment were found in the factory.

In August last year, a scandal thundered in Germany, where the largest illegal cigarette factory in the country was discovered – in the Kranenburg region, on the border with the Netherlands. The clandestine factory could produce about 10 million cigarettes a week.

The operation, codenamed “Lupa”, involved 200 police officers. They detained 12 factory workers, who were also citizens of Ukraine and Poland, between the ages of 28 and 59.

The total volume of the illegal tobacco industry in the European Union is difficult to estimate accurately. According to the European Anti-Fraud Office, about 2 billion illicitly manufactured cigarettes have been confiscated in the EU over the past five years. Damage to the EU budget – up to 10 billion euros, writes the Brussels Times.

Earlier, in February last year, an underground tobacco factory was found in Spain, where the police rescued six Ukrainian migrant workers who almost suffocated on a cannabis farm.

A hidden herb plantation in a mountain village near Malaga in southern Spain turned out to be Europe’s first underground tobacco factory a few meters below ground level. It was hidden in a maze of tunnels, accessible only through a special hatch.

Since the arrest of the suspected owners, no one has replenished the fuel in the generator that supplied oxygen to the workers. They started shouting and banging on the soundproofed hatch as the police searched the top.

Once inside, the police saw six workers who were on their last legs. If the police hadn’t found the secret factory in time, they would have died due to lack of air.