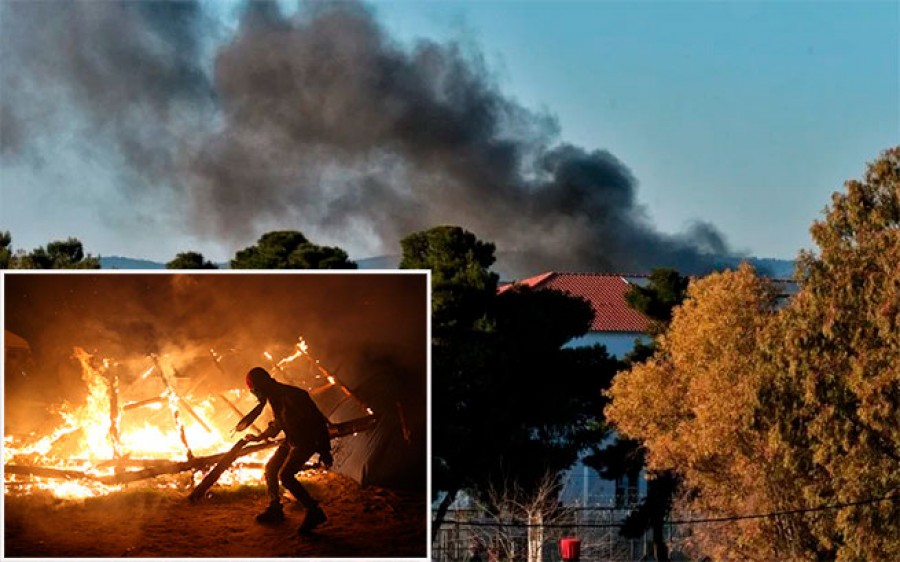 On Saturday, asylum seekers in a camp in Corinth in the north of the Peloponnese staged riots in protest following the suicide of a 24-year-old Kurd.

According to local media reports, protesters set fire to mattresses and other flammable materials, and threw stones and other objects at firefighters and police who rushed into the camp.

A 24-year-old man from Southeastern Turkey, who was in the camp for 16 months, “committed suicide in protest of his precarious position after 16 months in the camp,” according to social media posts.

He was supposed to be released today, but his detention was extended instead. Kurd became the second asylum seeker to die in a Greek camp in the past two days.

A 44-year-old man in a detention camp on the island of Kos died Thursday of peritonitis. According to the anti-racist denunciation of the KEERFA movement, the man suffered hellish pain due to an inflammation of the appendix for three days, but was denied medical attention. When the guards finally called an ambulance, the paramedics were only able to confirm that the man was dead. …