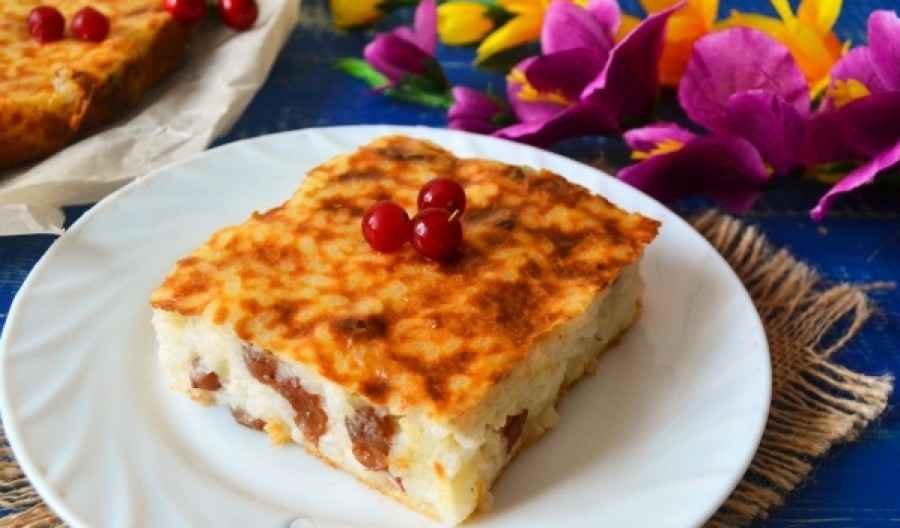 During Great Lent, due to the fact that the diet of foods that can be consumed is significantly narrowed, I really want something so “tasty”, but allowed. In Greek villages, a dish has long been prepared, which in Russian is called a casserole. In the variant for the post, we cook it without adding eggs and milk.

Let’s make a real raisin rice casserole. For her, rice varieties are suitable (ρυζι Φανσυ or ρύζι Σουπέ Γλασσέ), which are boiled during cooking, forming a viscous mass.

So, first you need to cook boiled rice porridge. We take round grain rice (varieties are listed above). We rinse it several times to clean water. Cook the rice until tender, about 20 minutes. Then we drain the rice broth. Add boiled hot milk, sugar, a little salt to the rice porridge.

Combine the cooled rice porridge with cottage cheese, you can add a little salt, if desired, add spices, for example, vanillin or cinnamon. Add raisins, stir. Transfer the curd-rice mass to a baking dish, preferably split, pre-oiled and sprinkled with breadcrumbs or semolina, compact, smooth and grease with sour cream. Bake in an oven preheated to 180 ° C until golden brown. Allow to cool and you can, if desired, transfer the casserole to a dish.