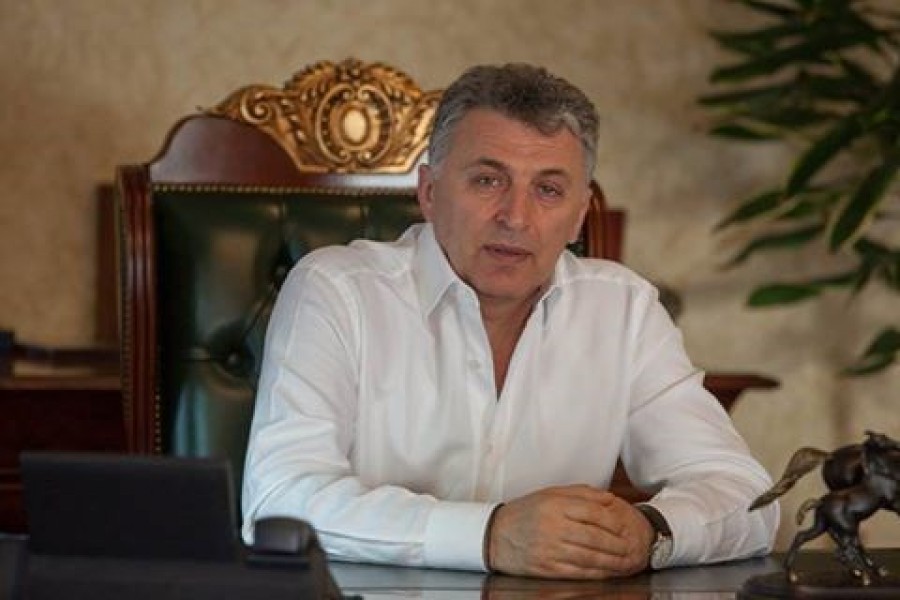 The founder and permanent president of the Mouzenidis group, Boris Mouzenidis, died this morning in a Moscow hospital from a heart attack due to complications associated with the coronavirus.

The great Greek, the unique person, one of the pillars of Greek tourism is no longer with us.

The founder of the Mouzenidis group, the great visionary of Greek tourism, came to Moscow two weeks ago for the international tourism exhibition MITT. Immediately after arrival, he felt the first symptoms of coronavirus, but mild, and for this reason he refused hospitalization. However, his symptoms worsened and he was taken to a hospital in Moscow last night. Unfortunately, he died of a heart attack early in the morning, as he had heart problems in the past.

Boris Mouzenidis, with Greece in his heart, came to Thessaloniki at a young age to realize his dream of the homeland he loved so much, from the depths of the Caucasus mountains.

The son of a forester from the small, God-forsaken village of Tsalka in Georgia, has become the president of dozens of companies with thousands of employees who play a major role in Greek-Russian relations and beyond. It is a “cinematic success story” with an ugly, unfair and unexpected ending.

Boris Feofilaktovich Mouzenidis was born on June 8, 1961 in the village of Tsalka (Georgia). Until the age of 14, he lived in the Greek village of Imera in the Tsalka region. Later he moved to the city of Rustavi, where he graduated from high school. In 1992 he moved to Greece for permanent residence and after 3 years he founded a travel company Mouzenidis Tours.

Travel company Mouzenidis Tours was built as a family business. Cooperation was carried out with cousins ​​of Boris Mouzenidis, who represented the sending party based in the city of Moscow. The party of Boris Feofilaktovich was the host, in the city of Thessaloniki.

To date, the Mouzenidis Travel company has grown to the scale of the largest tour operator in Greece, which has leading positions in the Russian, Ukrainian, Belarusian markets, with dozens of offices in the regions.

Boris Mouzenidis was recognized by the Georgian government for his work in the field of tourism, he was the Honorary Consul of Belarus in Thessaloniki, and Mouzenidis Travel was the official partner of the joint Greek-Russian project of 2018, which was declared the Year of Tourism Greece-Russia. “

Boris Mouzenidis was involved in charity events and actively participated in supporting the Russian-speaking population of Greece, he sponsored youth movements and sports events. In 2007, Boris Mouzenidis personally met the children who suffered from the terrorist attack in Beslan and provided them with rest in Greece.

My deepest condolences to his wife, children Janis and Maya, four grandchildren and his entire family. He was a wonderful person. The great Greek died unjustly. What a pity…