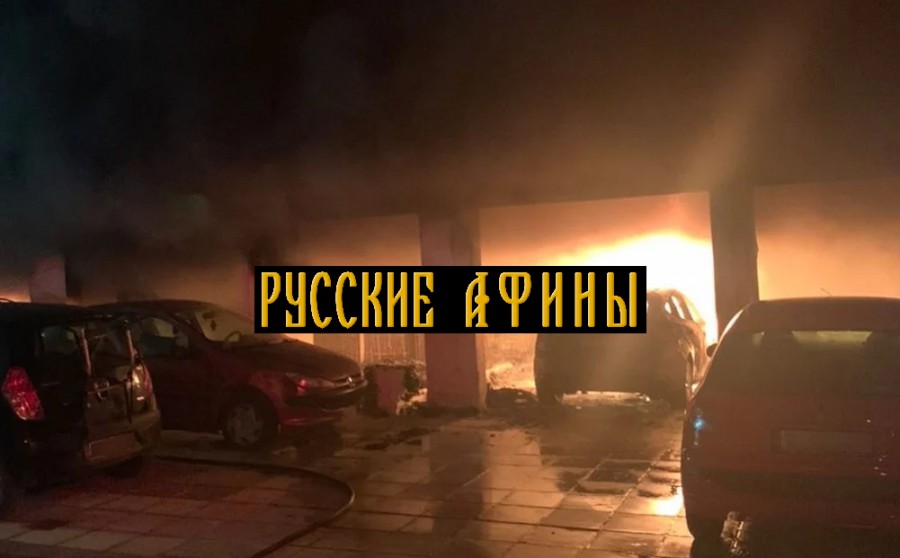 When police cars were set on fire in an apartment building in Kalamaria, two people were hospitalized.

As it became known, at about 3 am a fire broke out in the basement of an apartment building in Kalamaria (Thessaloniki), as a result of which serious material damage was caused to parked cars and motorcycles. Two victims were taken to the hospital.

According to police, unidentified persons deliberately provoked the ignition. The perpetrators set fire to a car and motorcycle belonging to a police officer who lives in the house. The flames spread to three cars and five motorcycles, which were parked right there in the garage on the basement floor. The vehicles were almost completely burned down. In addition, three more cars were reportedly damaged, parked near a high-rise building.

A fire brigade with six vehicles and 13 firemen rushed to the scene and the fire was extinguished. Fortunately, the fire did not pose a serious threat to the residents of the house, although there was panic. People went out onto the balconies with cries for help. As a result, two people were taken to hospital with respiratory problems.

A preliminary investigation is being carried out by the Thessaloniki Police Department.