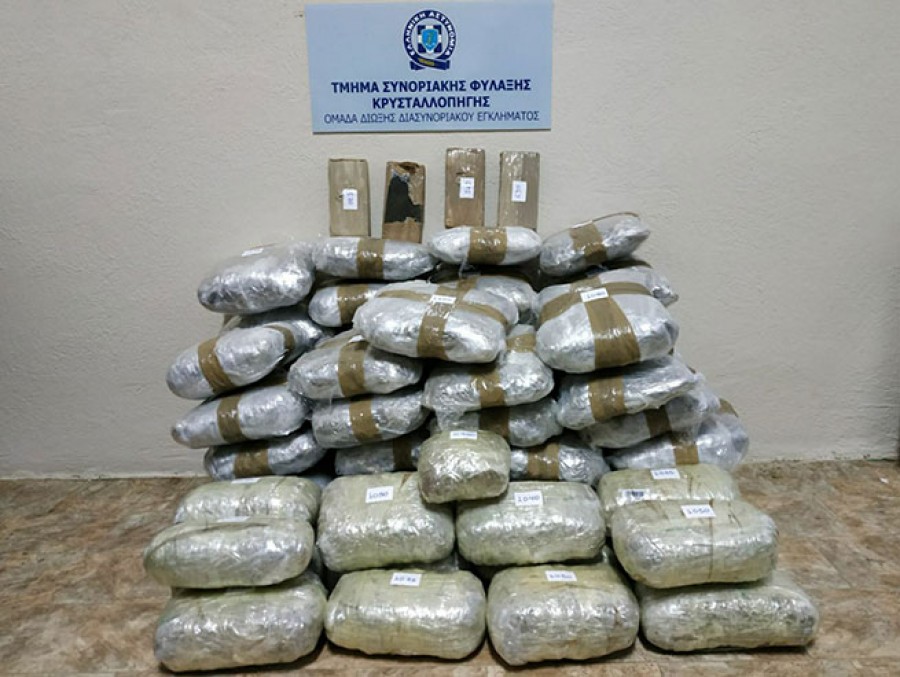 5 Albanian citizens were arrested during an organized police operation in the mountainous region of Florina for importing large quantities of drugs into the territory of Greece. 68.37 kg of raw hemp and 2.365 kg of processed hemp were confiscated from drug couriers.

The coordinated actions of the police officers of the Cross-Border Crimes Investigation Department of the Kristallopigi Border Directorate led to the detention of 5 citizens of neighboring Albania, aged 22, 35, 36, 38 and 41 years old. A criminal case was initiated against them for illegal entry into the territory of Greece, as well as for violation of the law on foreigners.

The story began with the fact that in the afternoon of 03/24/2021, employees of the anti-drug division accidentally found hidden bags of drugs among the bushes.

Then a police operation was organized, during which 5 unknown persons were found who approached the place where drugs with a new cargo were hidden. The police attempted to arrest him. But the drug couriers took advantage of the difficult mountainous conditions of the area and tried to escape, but were stopped and arrested.

In the course of the investigation it was established that the aforementioned persons illegally crossed the border and arrived on the territory of Greece with drugs on foot. At the same time, three out of five arrested earlier had a ban on entry into our country, as a country of the Schengen zone.

The Cristallopigi Border Guard is conducting a preliminary investigation into the case, and the detainees will be brought before the Kastoria prosecutor.