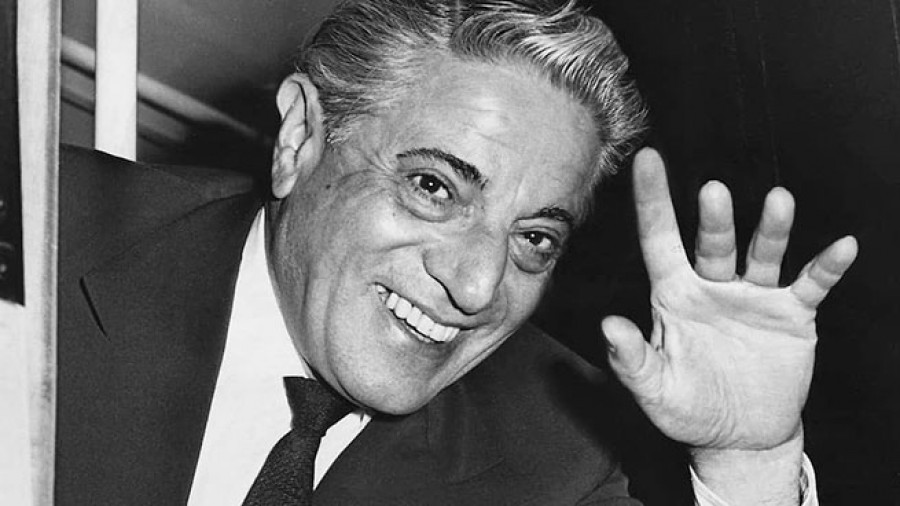 Huge container ship blocked Suez Canal since Tuesday, threatens world trade. However, this is far from the first time the canal has been closed since 1869, when it was opened. Few can remember that another blockade of it, 65 years ago, contributed to the emergence of the myth of Aristotle Onassis.

According to Frankie Brady, who wrote Onassis: An Extravagant Life, the Greek ship owner ordered several new tankers in the early 1950s, which were idle. Faced with the threat of bankruptcy, Onassis contemplated selling his entire fleet to Royal Dutch Shell, but ultimately did not.

“Then, thanks to an incredible historical coincidence, almost in the blink of an eye, the fate of Onassis changed dramatically. Faced with an almost inevitable financial disaster, Onassis was able to make more money in this short period of time than in his entire life.” The catalyst was the Suez Canal, – wrote Brady in his book.

Egypt nationalized the canal in 1956 and banned the passage of Israeli ships. Then Israel invaded the Sinai Peninsula and the Gaza Strip. Egypt blocked the canal and blocked the movement of all ships for the next six months.

As a result, tankers now had to sail around Africa. And then Onassis was in the right place at the right time. “Onassis had a lot of ships without contracts that could be leased to meet demand.“ He had the ability to charge freight fees at his own discretion, ”the book says.

At that time, the cost of transporting oil from Saudi Arabia to Europe was $ 4 per ton. “Soon, Onassis began to charge more than $ 60, resulting in more than $ 2 million in profit for each tanker trip.”

In just one year, Onassis is estimated to have made at least $ 1 billion in current money. “I’m lucky,” said the Greek tycoon.

I wonder who was lucky this time, and was this luck accidental?

And who was shown a huge male genital organ, which is “completely accidental” drew container ship Ever Given on its course?