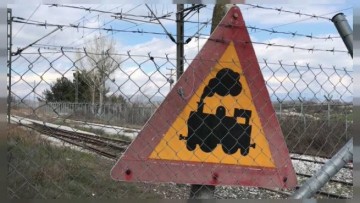 On the border of Greece with North Macedonia, near the village of Idomeni (Sehovo), there is again a congestion of migrants, reports Euronews.

The village of Idomeni is located on the border with North Macedonia. The famous “Balkan Road” to Europe, popular among migrants, begins here. Recently, their number has been increasing here every day, which causes a lot of trouble for local residents. Village Head Xanfula Supli says:

The village is located next to the railway, which is used by trains on the Thessaloniki-Skopje route. Without risking running into border guards, migrants jump out on the move as the train approaches Idomeni. Further, their path runs along hiking trails leading to a neighboring state. However, the North Macedonian police have been on the lookout for an increase in the number of migrants and have increased their patrols in recent days.

One Afghan migrant complains: “It’s hard on the other side of the border with North Macedonia. Lots of police officers. They don’t like that we come from Greece without passports and money. “

Immigrants from Afghanistan, North Africa and the Middle East have gathered near the village. Having no means of subsistence, they, without the least embarrassment, get their food by theft. There are many minors among migrants. Beekeeper Hristo Kovatsis says:

“Because they are hungry, they enter private property and spoil property, which costs us a pretty penny. They also trample our crops and do a lot of other things in our village. They even break into our homes. “

Local residents have a hard time. In addition, due to the pandemic and the imposed quarantine, law enforcement officers are no longer so zealous in keeping order. Sometimes, however, illegal immigrants fall under their “watchful eye”. In this case, they are first detained and then some of them are deported.