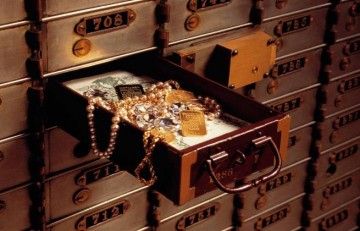 Authorities handcuffed one of the four main suspects in the much-talked-about ‘breaking into bank cells’ case.

After several months of thorough investigation, police officers managed to unravel the tangle of the “mysterious disappearance” of gold and family jewelry from the bank’s vault, for an estimated amount of 5 million euros. On Wednesday, March 24, a 58-year-old man was arrested.

It was possible to get on the trail of one of the 4 main suspects, thanks to the specialists of the Criminal Investigations Directorate of the Greek Police. What “betrayed” the criminal and played a key role in his arrest is biological DNA material found in an opened bank safe. The picture of the crime became clear when all the pieces of the “puzzle” were put together: fragments of video materials about visitors to the bank, obtaining biomaterials found at the objects, establishing the contents of the hacked cells and the probable time of theft.

During the search, carried out in the house, store and in a safe deposit box, which the criminal had in the same bank, the following were found and confiscated:

The 58-year-old is reportedly known to the authorities because he was previously accused of, among other things, crimes such as theft, fraud, embezzlement and participation in a criminal organization that committed computer fraud.

The detainee, after the initiation of a case against him on theft and disobedience to the authorities, was taken to the prosecutor’s office.

As “Russian Athens” previously wrote, a lawyer for one of the tenants of the bank cells, which were opened during the robbery, said that these were not just drawers, but small cabinets in which a significant amount of items were stored. Therefore, it is quite possible that they contained a large number of valuable things and jewelry.

“My client said that he lost one million euros and jewelry, which were family heirlooms, and at the moment, according to preliminary estimates, could be worth more than two million euros,” the human rights activist said.