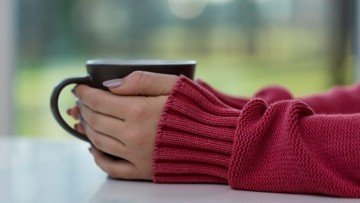 Cocoa consumption may improve walking in patients with peripheral arterial disease, according to a study recently published by the American Heart Association.

Peripheral artery disease or PAD, a narrowing of the arteries that decreases blood flow from the heart to the legs, affects more than 8.5 million people aged 40 and over. Most have similar symptoms: pain, heaviness, cramps, weakness, or other discomfort in the leg muscles when walking.

Participants were randomly selected to eat cocoa or a flavonoid-free variant (placebo). Data were measured while walking (at the start of the study and after six months).

As it turned out, those who took the test product completed the section of the path faster and walked more in 6 minutes (an average of 43 meters more) than those who drank the placebo. Using lab tests and MRI scans, researchers found increased mitochondrial activity, greater capillary density, and other improvements in muscle health in cocoa drinkers.

And do not rush to say that 43 meters is negligible! But these patients find it very difficult to walk, however, like almost all people suffering from severe heart failure.

Be warned, however, the study exclusively refers to natural, sugar-free cocoa powder, which is abundant in dark chocolate (> 85% cocoa). Regular chocolate contains no flavonoids. What’s more, it contains many other ingredients that are not considered healthy.