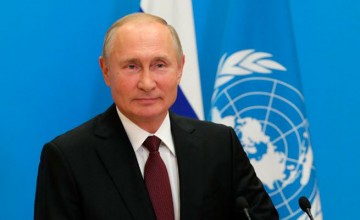 Russian President Vladimir Putin was vaccinated against coronavirus, his press secretary Dmitry Peskov told TASS. According to him, the head of state feels good, on Wednesday the president will have a regular working day.

The authorities do not plan to show the vaccination process to the population, nor do they plan to reveal which vaccine Putin preferred. Commentators believe that it is still impossible to verify what the president will actually be vaccinated with, which means that there is no need for window dressing.

The head of state announced his plans to be vaccinated the day before, on March 22, at a meeting on vaccination with members of the government. Presidential press secretary Dmitry Peskov, answering a question about what kind of vaccine Putin will be vaccinated, said that it would be one of three drugs developed in Russia – Sputnik V, EpiVacCorona or KoviVak. “They are all good and reliable,” Peskov summed up. The presidential spokesman added that the procedure will not become a public event.

On Tuesday evening, the Kremlin announced that Putin had been vaccinated. “Putin has been vaccinated against the coronavirus. He is feeling well. Tomorrow he has a full-time working day,” his spokesman Dmitry Peskov told RIA Novosti.

The message about Putin’s vaccination also appeared in the official Sputnik V account on Twitter, but it does not specify which vaccine the president was vaccinated with.

Journalists reminded a Kremlin spokesman that many Russians are skeptical about the Covid-19 vaccine, and asked why Putin would not be vaccinated publicly, as the US president or British prime minister did (see photo below). Peskov said that Putin had already done enough to promote the vaccines. This is how this dialogue sounded.

“Komsomolskaya Pravda”: You give us this [вакцинацию президента] will you show or will we take your word for it?

Dmitry Peskov: You will have to take our word for it.

Komsomolskaya Pravda: Then tell me, will Vladimir Vladimirovich go somewhere to the vaccination room or will they come to him?

Dmitry Peskov: I can’t say, I don’t know for sure. As the doctor deems it necessary, so everything will be done. This is such a fairly simple procedure, and, given the presidential working schedule, of course, this will be done in such a way as to minimize the impact on the president’s working hours.

“Komsomolskaya Pravda”: The mobilizing factor interests … Because few people have taken root, in the States – much more. And if everyone sees how Vladimir Vladimirovich is vaccinating, then maybe some doubting people will say: “Oh, Putin has been vaccinated – I’ll go too.”

Peskov: They will hear. And, taking into account the growing pace of production, a decision will be made on vaccination. This is a serious question. And we expect that as many people as possible will make a voluntary decision to vaccinate.

BBC: Why now? What changed? Earlier, the president said that he would probably do it on schedule in the fall. In the meantime, it’s only spring.

Peskov: The President did not say what he would do in the fall. At a meeting with the editors-in-chief, the President said that at the beginning of autumn he needs to be in a normal active state – both in terms of travel, and in terms of unlimited communication with people, taking into account the fact that there will be Duma elections in September and so on. It is necessary to come to this point in order to maintain the required level of immunity.

BBC: Many are still skeptical about vaccines. Wouldn’t it be better for the president to be vaccinated on cameras, as many leaders have done – so that people go to get vaccinated on a large scale?

Dmitry Peskov: As you can see, the President devotes quite a significant part of his working time to events, conversations, meetings related to vaccination, vaccine production, and so on and so forth. Therefore, the president is doing a lot to promote vaccines. And as for the vaccinations under the cameras, well, he was never a supporter, he doesn’t like it.

BBC: We just understand that sometimes one picture is stronger than a thousand words.

Dmitry Peskov: Well, the meaning of words should not be belittled either.

Professor of the Higher School of Economics, specialist in clinical epidemiology Vasily Vlasov: – Why do you think Russian President Putin did not get vaccinated, like other leaders of states – openly, and did not even say which vaccine?

– I think, firstly, because Vladimir Putin has enough other ways to ensure his safety.

And secondly, perhaps Vladimir Putin felt that he did not need to involve his followers in the vaccination. Boris Johnson attracts his followers, Oprah Winfrey attracts, and Vladimir Putin decided that it was not necessary yet, but now he was vaccinated.

According to the data announced by the president the day before, 6.3 million people have already been vaccinated in Russia, at least with the first component of the vaccine.