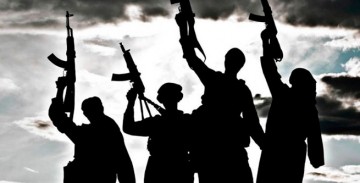 The British Foreign Office has intimidated its tourists dreaming of traveling to Greece with terrorist attacks.

The UK Foreign Office issued a terrorism warning and a “heightened threat” to UK citizens in Greece. Moreover, we are talking about the threat of terrorist attacks in places of mass gathering of tourists, which means that guests from other countries of Greece should be careful. Even in spite of the fact that, according to the British, terrorist attacks are planned against British holidaymakers.

Recall that, in theory, British tourists can be in Greece as early as May 17. Although a new government ban has recently been published, which plans to close the country until July in connection with the “third wave” in Europe. In the meantime, there are also new reasons not to travel abroad.

The Foreign Office for Commonwealth and Development (FCDO) has issued a new warning to UK residents in Greece, as well as those wishing to visit the country, about the “increased threat” of terrorism. The FCDO stated that “there may be some targeted terrorist attacks aimed specifically at the interests of the UK and British citizens.”

At the same time, representatives of the British Foreign Ministry noted that tourists of any nationality are at risk: “Terrorists may try to carry out attacks in Greece. Attacks can be indiscriminate, including in places frequented by foreigners. There have been several attacks with explosives and automatic weapons on Greek institutions, shopping centers, banks, media offices, diplomatic premises and the police. ” At the same time, the “conflicts in Iraq and Syria” are declared the cause of terrorism.

“British tourists coming to Greece and those who live there are advised to be vigilant at this time,” added the British Foreign Office.

It is difficult to judge how much this statement corresponds to reality, most likely the British special services are reinsured. Or maybe the whole reason is in finances? After all, tourists, traveling abroad, take money out of the country, and in Britain, due to the difficult period of the pandemic and Brexit, finances sing romances …