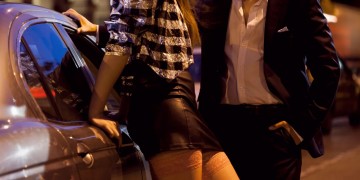 A 50-year-old man from Albania, sentenced to two years in prison with a three-year suspended sentence for “pimping” in 2012, was acquitted by the Supreme Court of the new Criminal Code.

The reason why the accused was finally acquitted is that the “exploitation of prostitutes” is no longer considered a criminal act, and since July 1, 2019, according to the rules of SYRIZA, it has been removed from the articles of the Criminal Code.

The Supreme Court’s criminal law experts said that previous provisions of the law stipulated that “coercion into prostitution” is punishable by imprisonment for a term of six months to three years, except in cases of punishment for another more serious crime.

Thus, the Supreme Court accepted the appeal filed by a 50-year-old man. As a result, by the decision of the Court of Appeal, he was found not guilty.