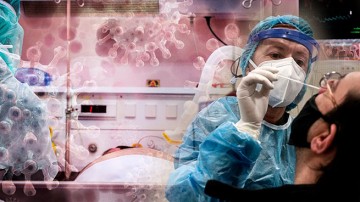 The number of new cases of coronavirus in our country has increased sharply today, which was to be expected due to the sharp increase in the number of tests performed. Nevertheless, the main indicator is the number of intubated and dead, and in this case the numbers are not encouraging.

The National Public Health Agency announced 3,586 new cases of Covid-19 infection in the past 24 hours on Tuesday March 23. Also, according to official information, 699 patients were intubated in the intensive care unit, 51 new deaths were registered.

This is the largest number of cases reported since the start of the pandemic. The highest number of deaths from the virus in 24 hours was recorded on Saturday 28 November, when 121 patients died.

Tense situation in hospitals for at least another two weeks

The situation in hospitals remains tense, and it is expected that this situation will continue for at least another two weeks. In light of this, the work of private doctors in public hospitals has begun today in the context of the mobilization launched by the Ministry of Health in the last 24 hours.

The words of EODY President Panayotis Arkumaneas were alarming when he met with Archbishop Jerome to brief him on the progress of the pandemic and the increase in cases both in Greece and abroad.

The EODY President stated that “the past weeks have been very difficult” and noted that “in the coming weeks, we will continue to see an increase in cases.” He also noted that “everyone needs patience and compliance.”

Sarigiannis: The situation will remain difficult until April 15th.

At the same time, Demosthenes Sarigiannis, a professor of environmental and sanitary engineering at the Aristotle University of Thessaloniki, in an interview with zougla.gr, argued that, based on the computer models that he and his team manage, an increase in the number of infected, both intubated and intubated, is expected in the near future. and the dead. He also clarified that the situation will not improve until April 15. On the same wavelength is PAGNI pulmonology professor Nikos Tsanakis, who said that based on mathematical models, the death toll is expected to reach 70 per day in the coming days and patients intubated in intensive care units to reach 750.

There are those who argue that the situation with the epidemic in Greece is now out of control, and the third wave looks much more aggressive than expected.

Epidemiological data significantly exclude the possibility of a resumption of retail on March 29, which was recently proposed by the Ministry of Development. This means that extending store openings will obviously change the opening dates for schools.

“New laboratory confirmed cases of the disease, registered in the last 24 hours, amount to 3586, of which 10 were detected after checks at the entrance to the country. The total number of cases is 242 347 (daily growth + 1.5%), of which 51.5% are men. Based on confirmed cases in the last 7 days, 80 are considered to be related to travel from abroad, and 2,965 to an already known case.

There are 51 new deaths of patients with COVID-19, with a total of 7,582 deaths since the beginning of the epidemic. 95.8% had an underlying disease and / or were 70 years of age or older.

The number of patients who underwent intubation was 699 (65.5% of men). Their average age is 68. 81.3% have an underlying disease and / or are 70 years of age or older. Since the start of the pandemic, 1,613 patients have been discharged from intensive care units.

398 new cases were reported in Thessaloniki and 161 in Achaia.